Gold Delta 2001 for Lungo Mare by Enric Miralles & Benedetta Tagliabue. Ever since its establishment over a hundred years ago, Escofet has stood out for its constant willingness to innovate. Only thus can the appearance in this catalogue of an object such as the Lungo Mare bench be understood. Made from an undulating sheet that seems to float over the ground, to wich it is attached through a series of fixtures on its underside, it creates a meeting and resting place in open public spaces 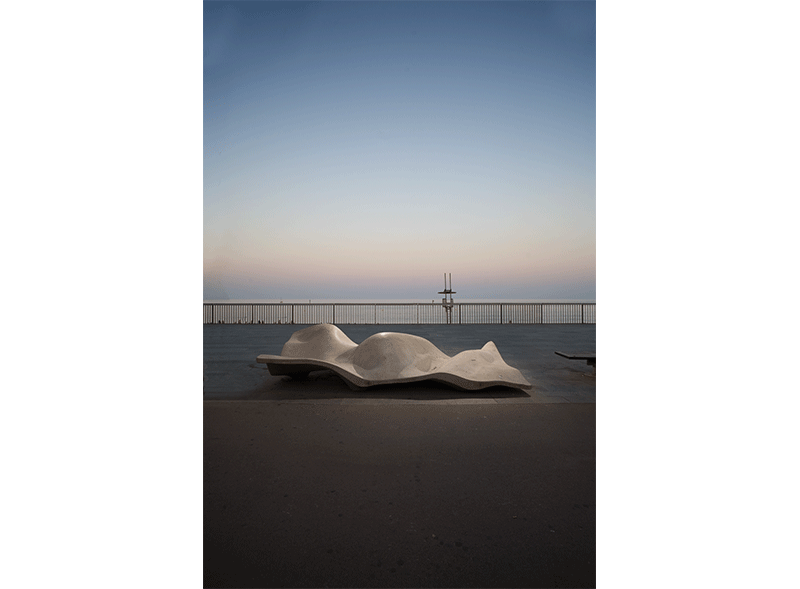