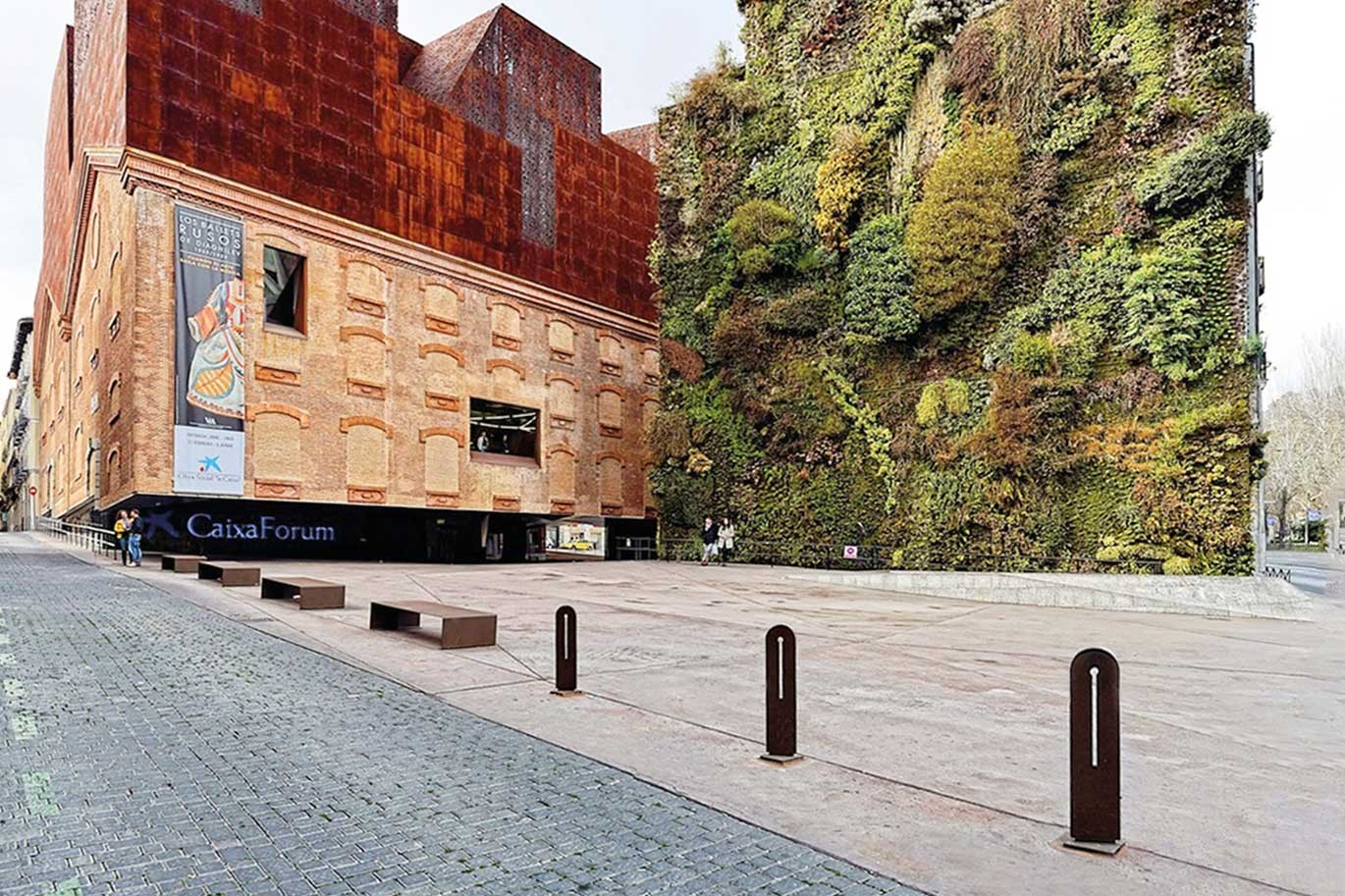 Luco Mojón is a boundary marker in which the image is more important than the body, and appearance is more relevant than volume. The front part of the bollard is larger and when the observer moves, it seems to disappear. Its delimiting element is the shovel opposite the cylinder, which offers the largest possible surface area to anyone moving along the street, on foot or in a vehicle. This generates a superimposed effect due to the visual sequence of a series of planes in which the semicircular culmination alleviates its profile. 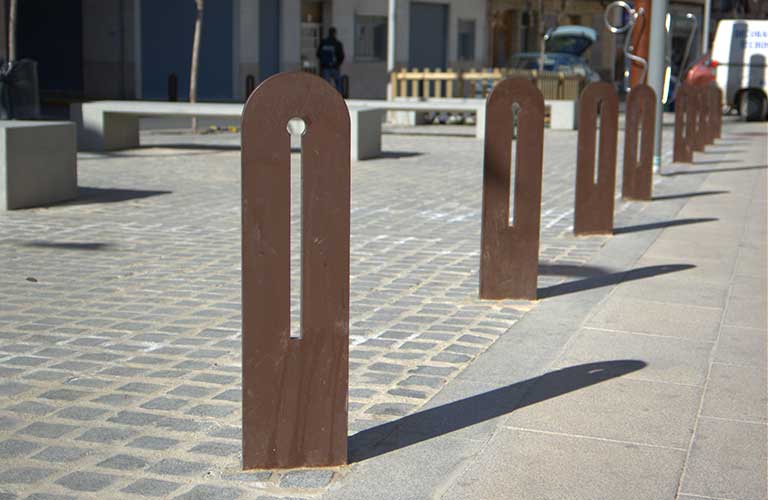 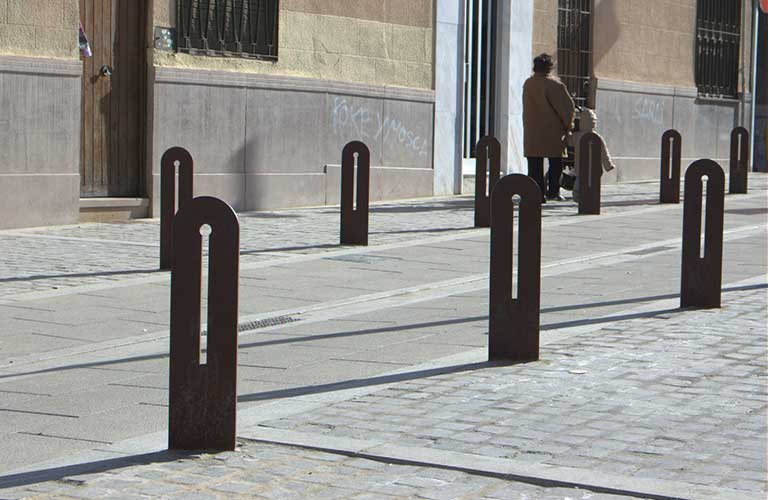 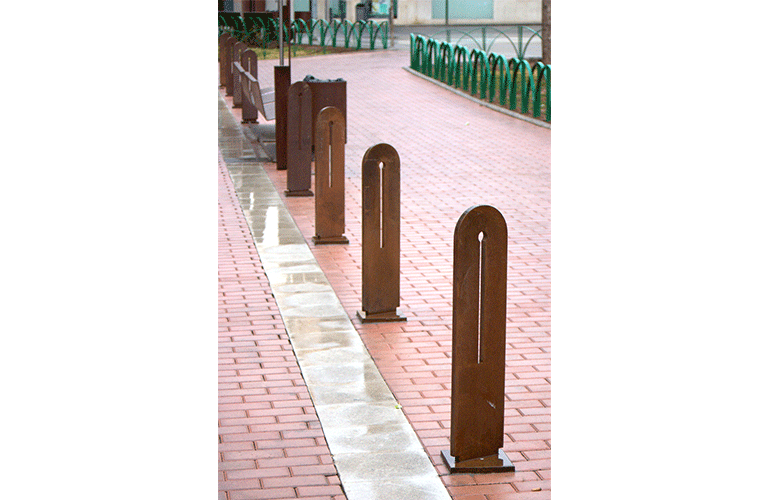 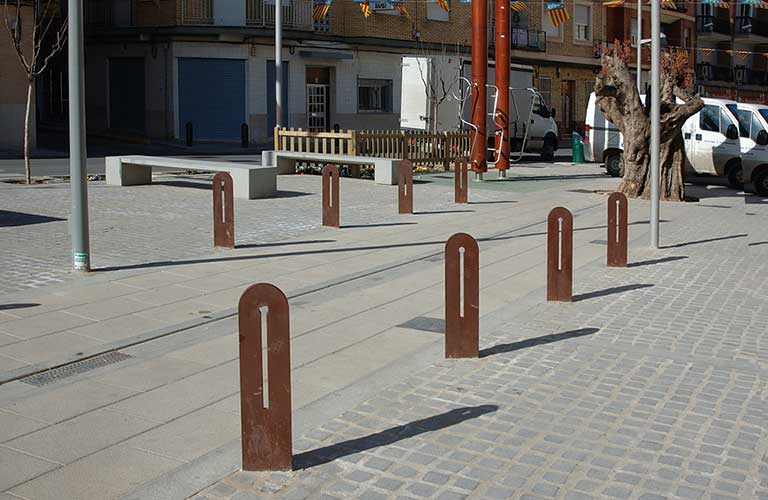 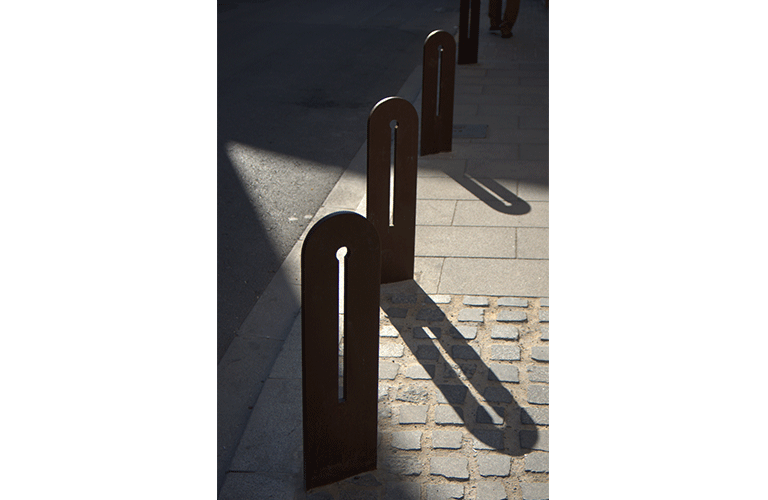 It is designed to be installed on paved areas with flagstones of 20 x 20 cm so that the support plate replaces a flagstone, making the resulting orientation of the plane of all the bollards homogeneous.

Great value is placed on the ability of its profile to blend into urban landscapes, due to its small dimensions and plausible configuration. The longitudinal plane of the top half of the element alleviates its presence while allowing bicycles to be fixed to it.

It is made from sheet steel with a thickness of 20 mm and a corten effect painted finish. It is installed by anchoring to the slab beneath the paving with fat mortar. The recessed support plate is flush with the paving, or alternatively, it can be used as a cover joint on the paving. 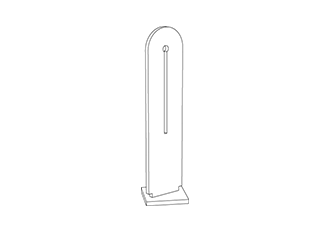 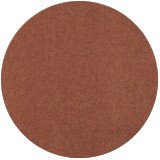 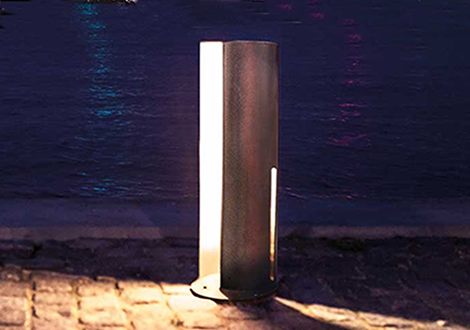 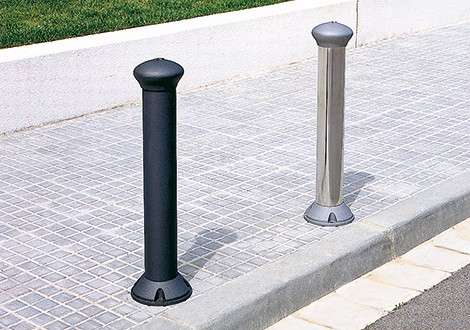