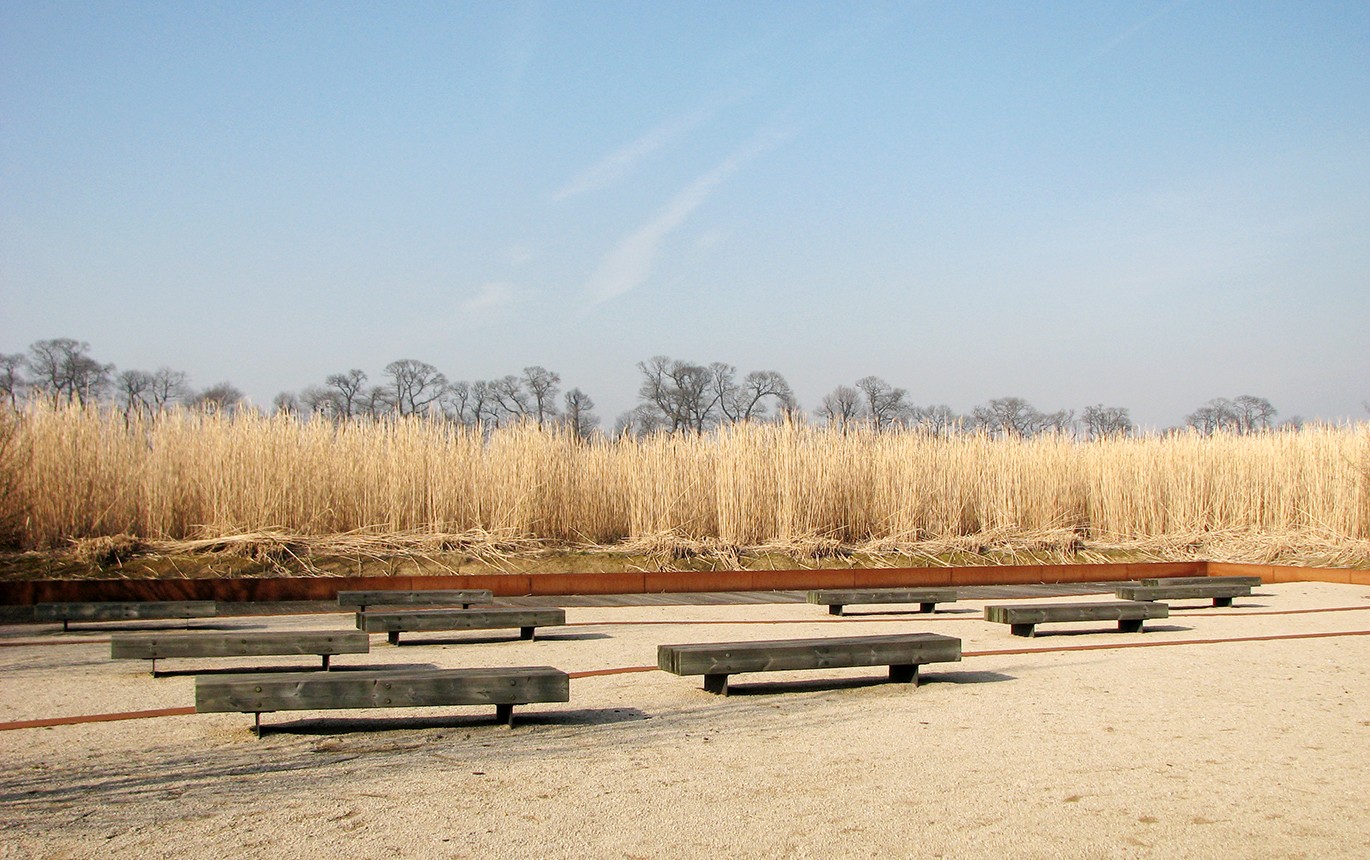 There, the beauty of an old castle. Park encounters modern gardens spaces in between the china reeds. The historical castle park is like an island in the otherwise open agricultural landscape. The design idea of the Dycker Feld is not to destroy the quality of the existing park, not to attack a competing to it, and yet to create an innovative and contemporaneous new park. 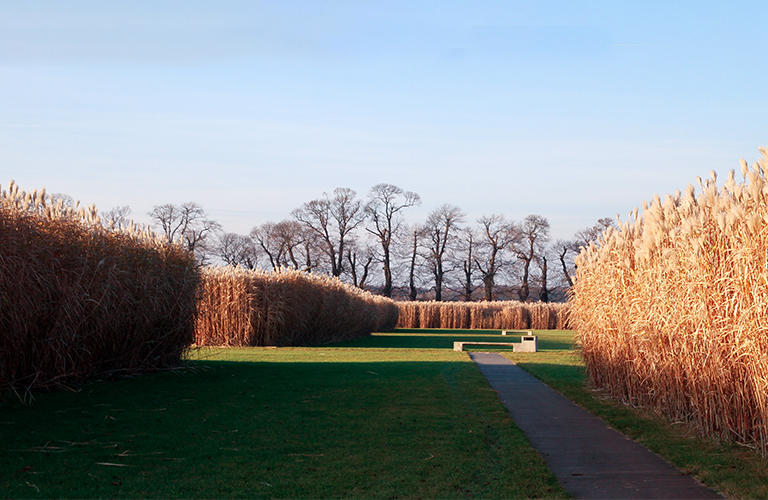 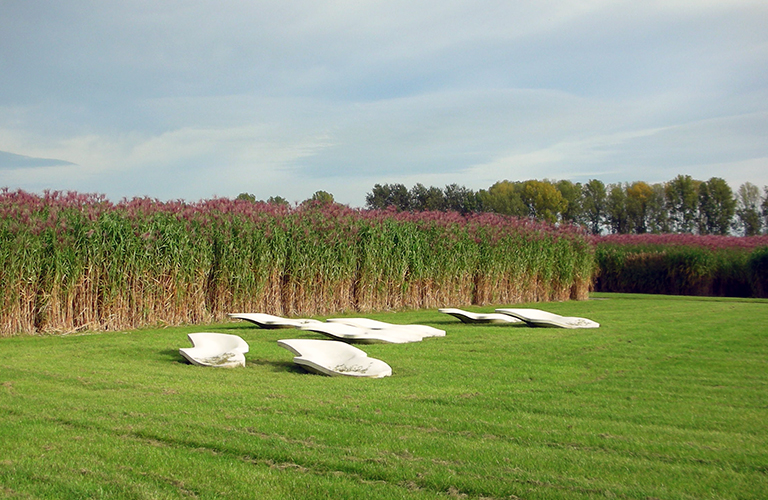 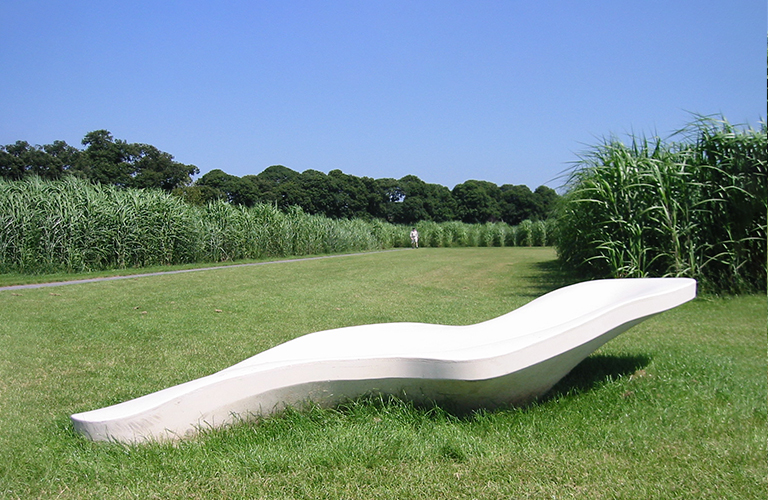 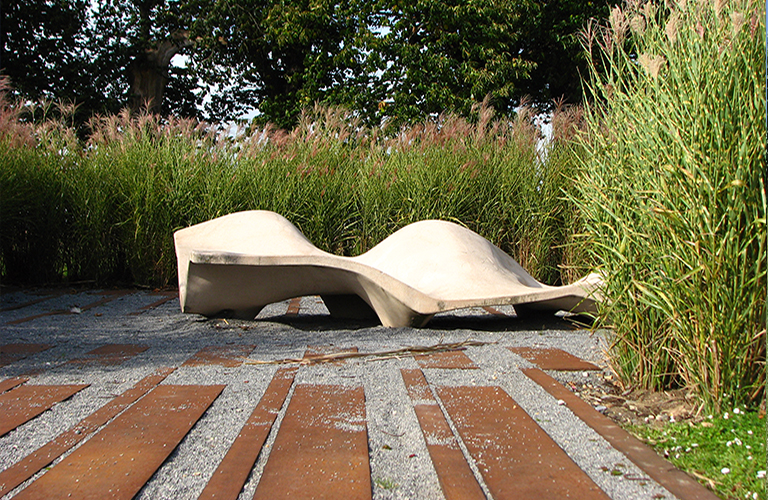 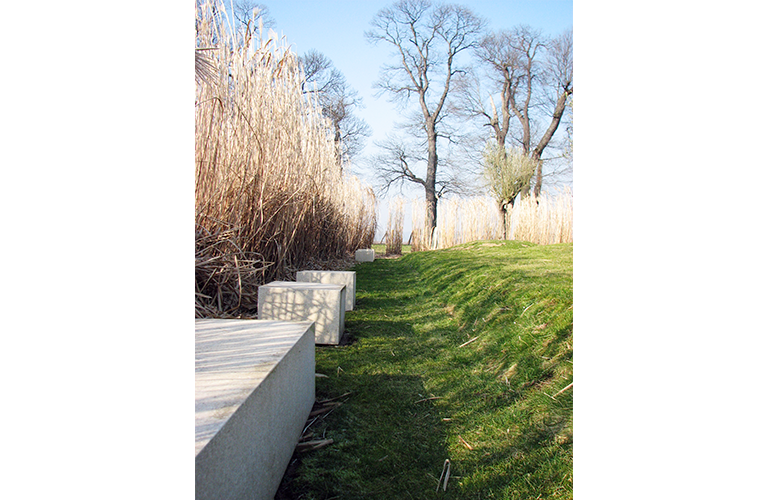 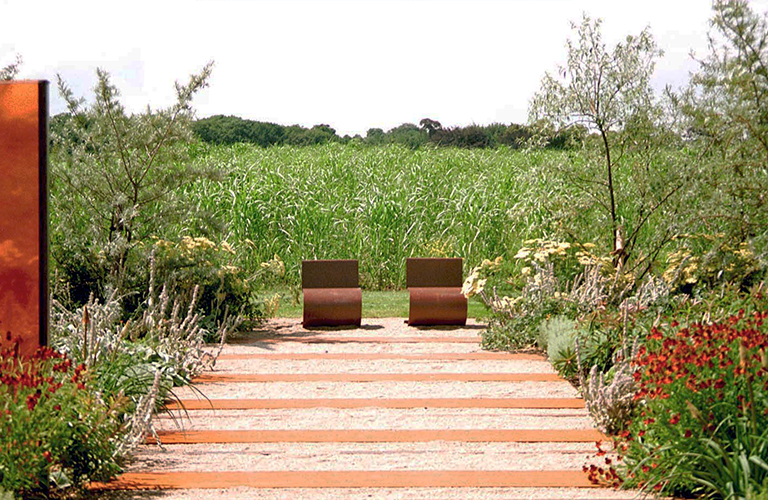 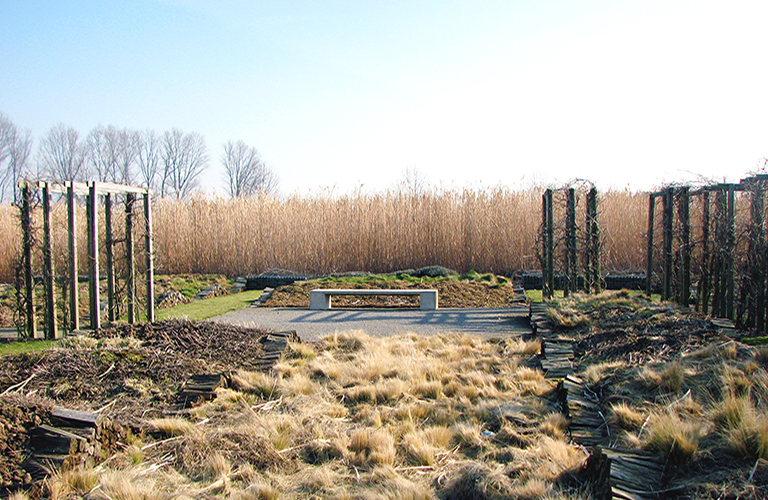 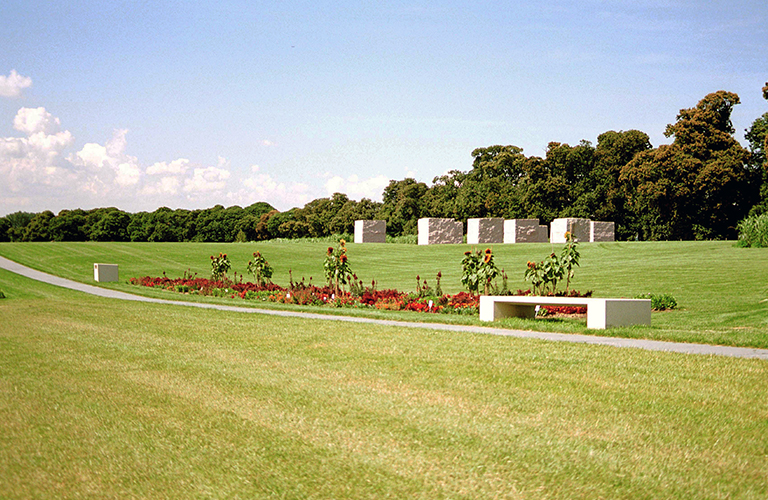 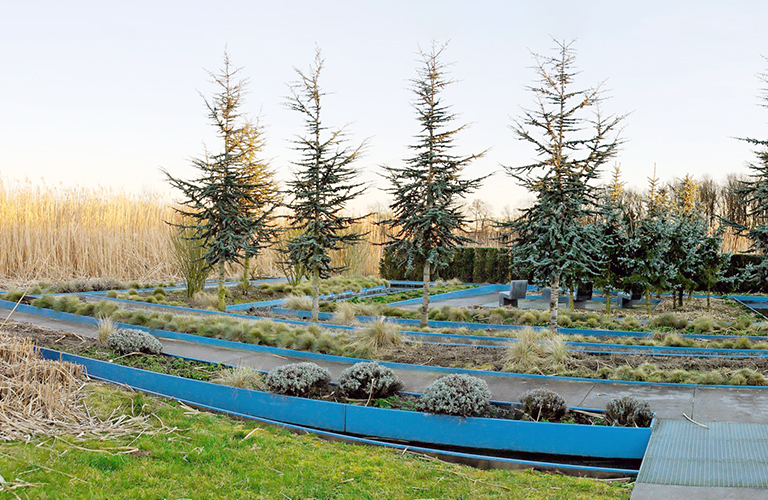 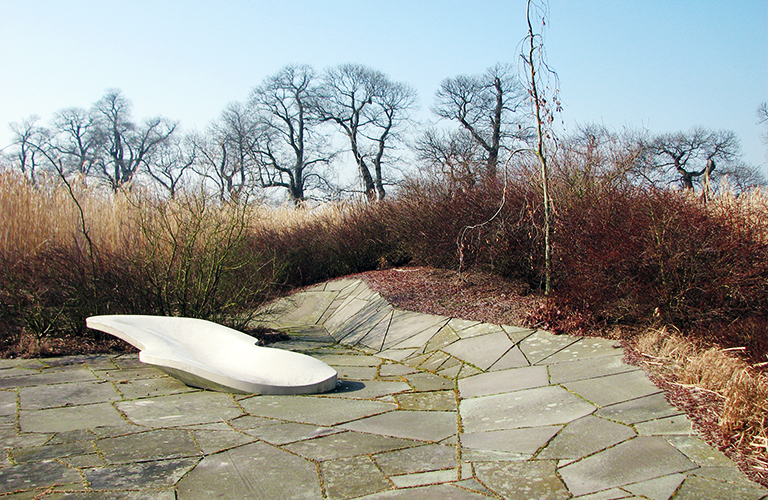 Large areas planted with Miscanthus x giganteus, set the spatial of the former fieldland, stretching over 24 ha, preserving the landscape, the agricultural character of the space and the solitary positions of the castle park. In a cereal field, Miscanthus x giganteus, a long resistant grass which reaches 4 metres annually, is planted.

The plantation forms an intricate of full and empty spaces, in which demonstration gardens are programmed. Miscantheus, used as biofuel, is cut at the end of winter and stars growing again the following spring to generate a landscape whose forms, colours and textures are 100% changeable over the year. A cyclicla green urban plan where the voids are filled with temporary sculptures and gardens. 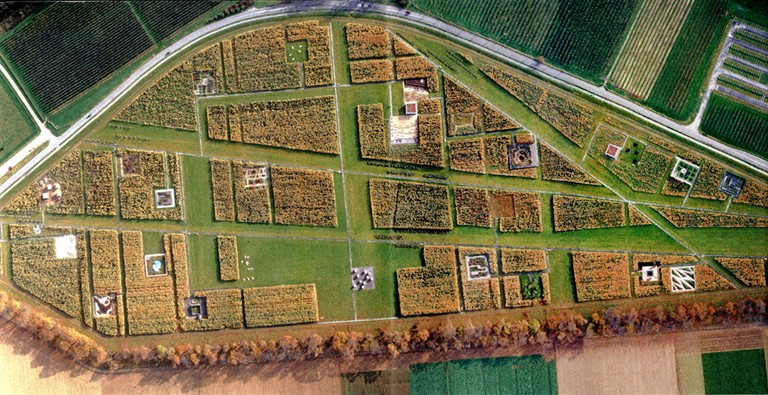 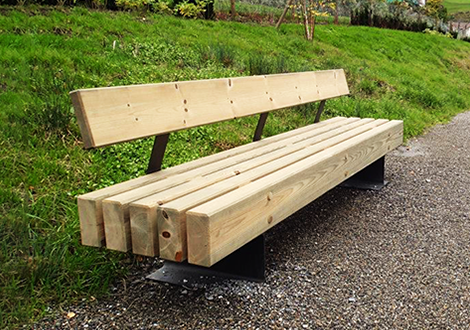 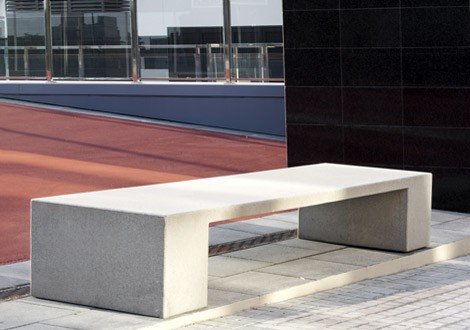 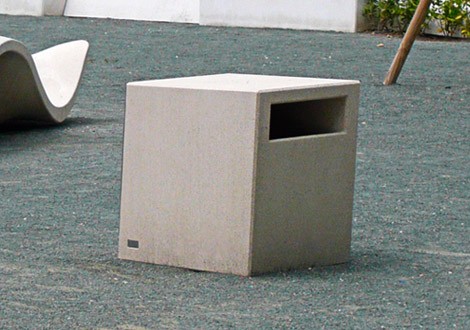 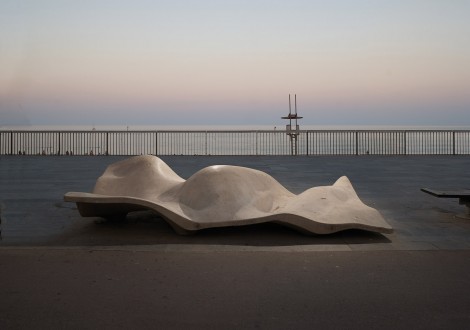 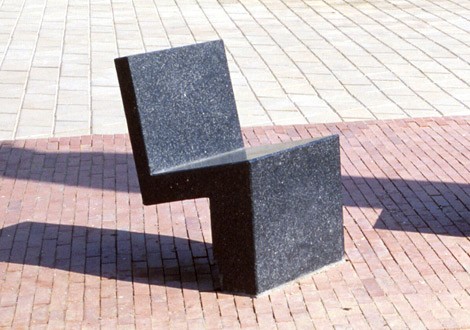 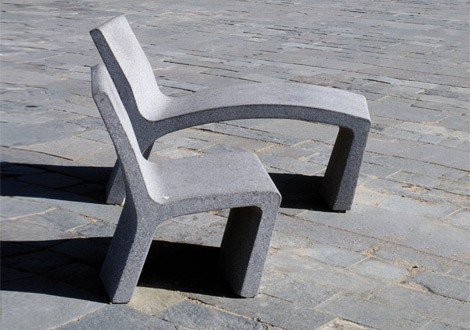 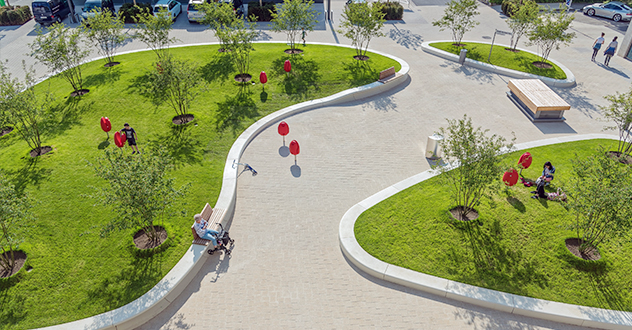 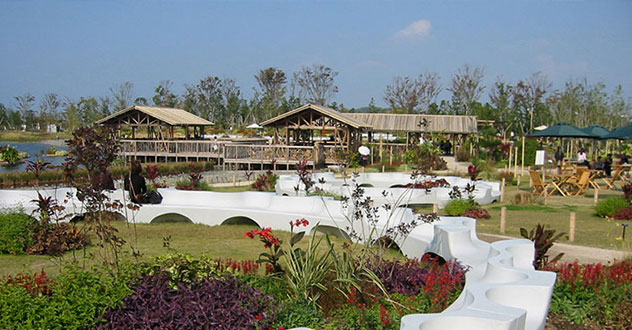