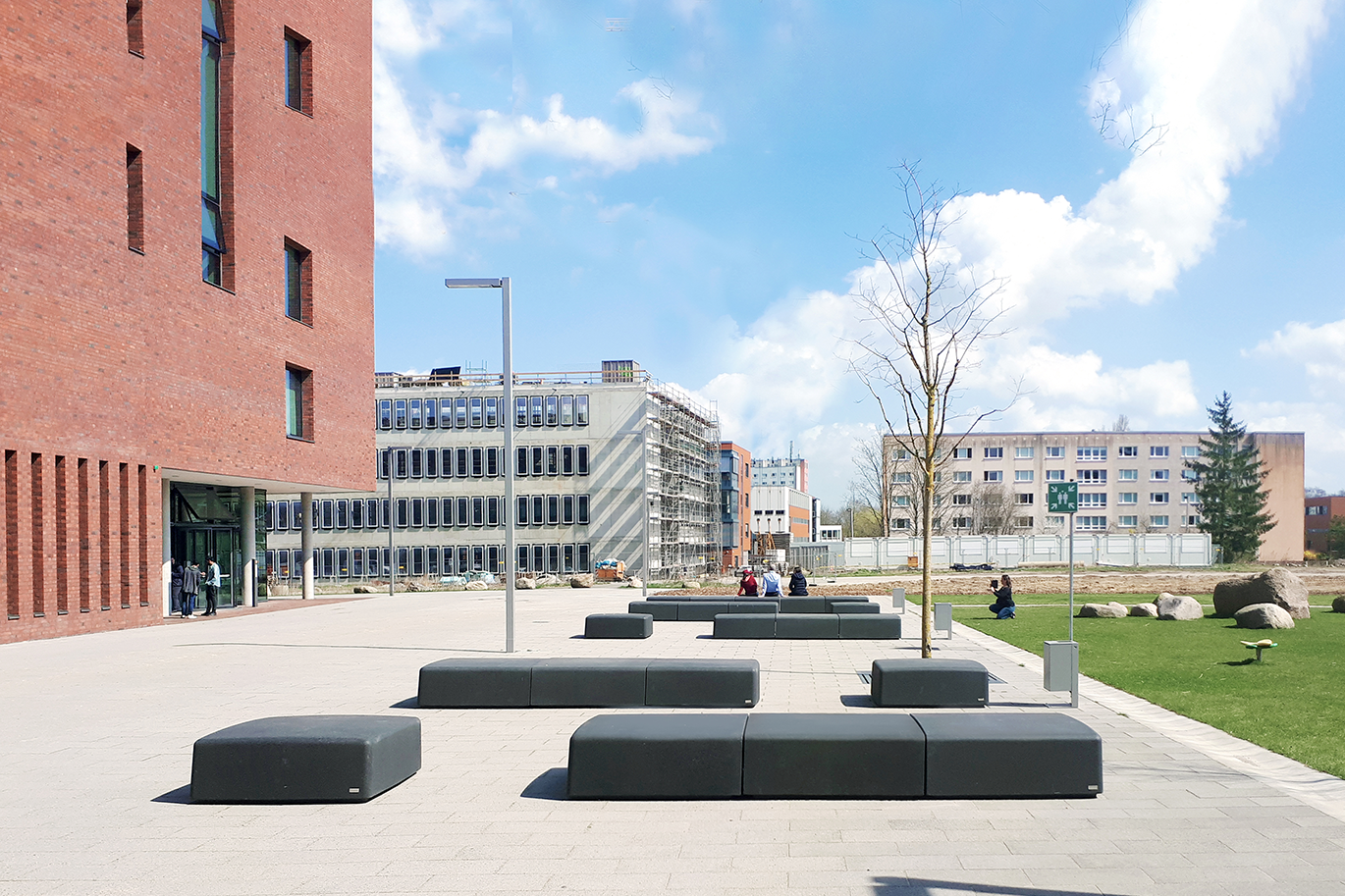 Kushi is an urban element made from concrete, in a square shape and with a slightly rounded edge. It was designed as a multiple seat for free use. Its linear aggregation materialises in Kushi Line, whereas Kushi Dot, of a larger size and with a hollow interior, where the tree grows, invites passers-by to approach and sit in its shade. 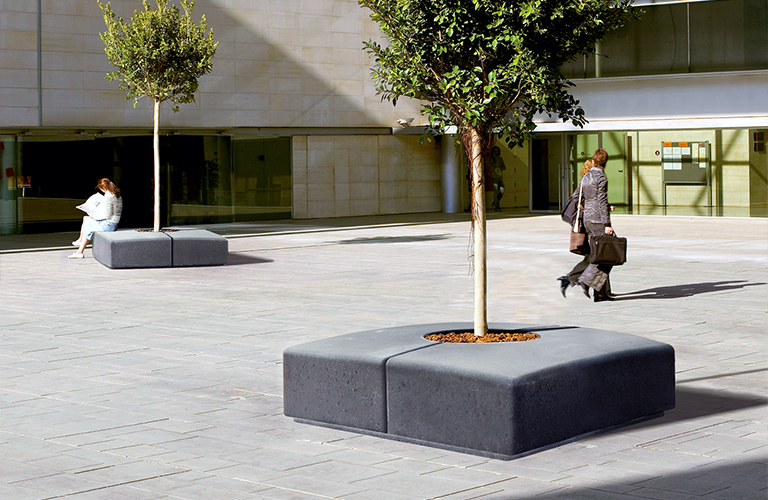 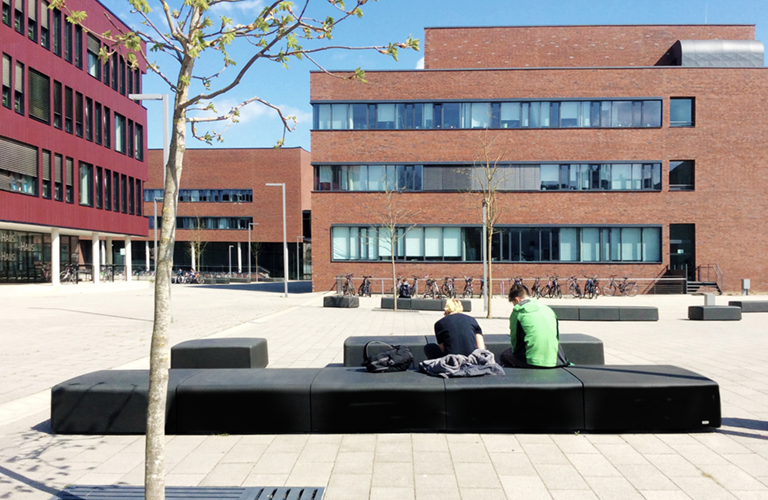 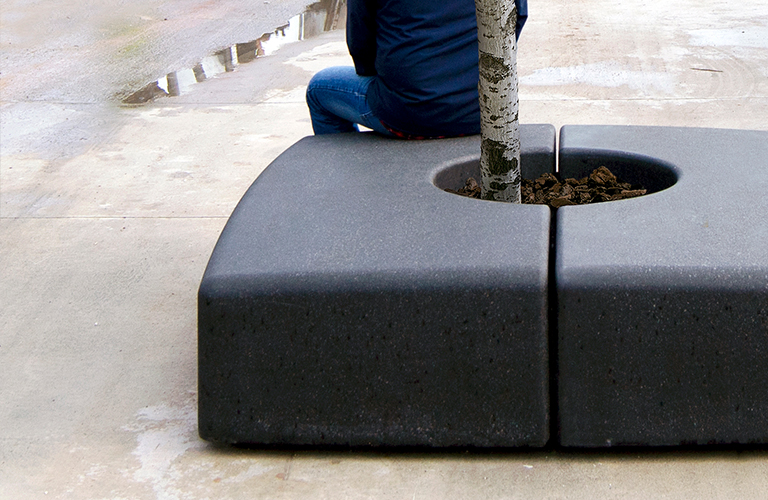 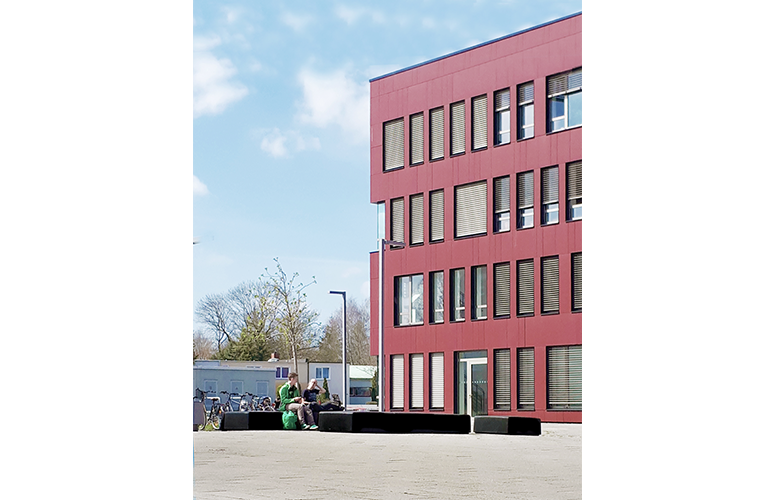 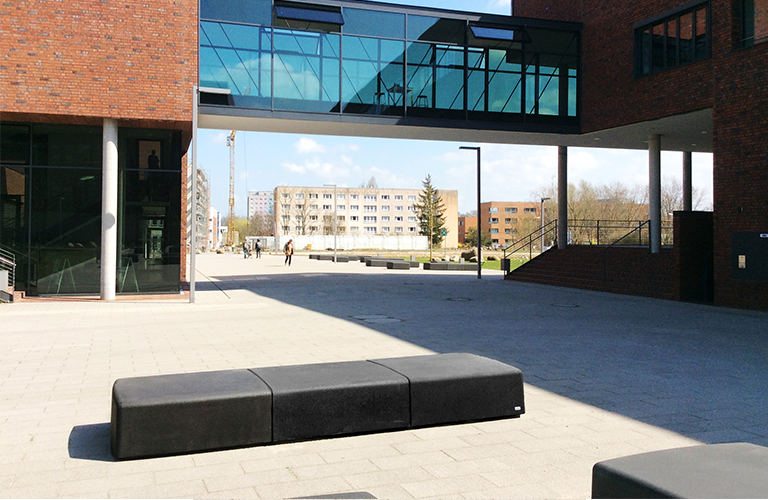 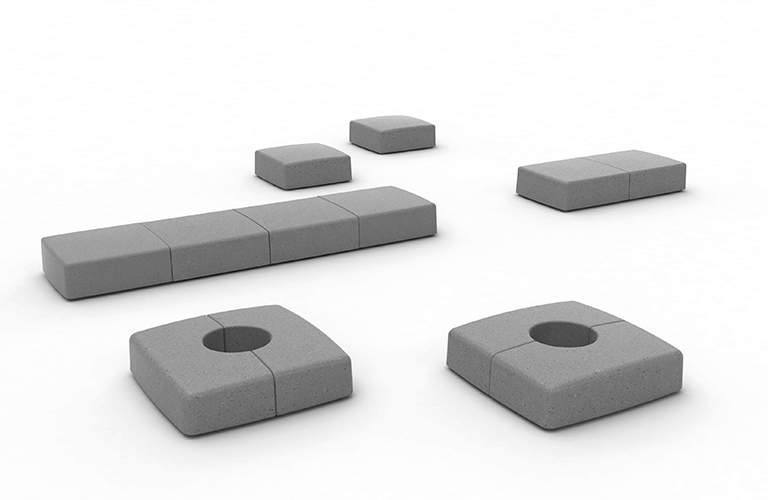 Kushi or “for free use” in Japanese, brings to mind a pillow with rounded lines and a soft appearance. This concrete cushion is the result of a project for the city of Rostock, on the shores of the Baltic Sea.

The Kushi Line model permits seats to be combined in large rows with a central model and a second spe-cial model that is added at the ends. Kushi Dot is a larger seat formed by two equal pieces that are coupled around a tree.

Non-reinforced dry-mix concrete with an etched finish, in the Escofet standard chart colours. Kushi Dot offers the option of installing a LED light kit recessed in the baseboard. Both models are self-standing, with a sunken baseboard that enables the use of slings. 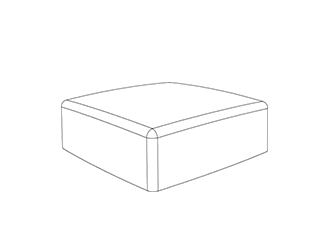 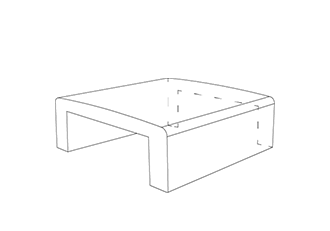 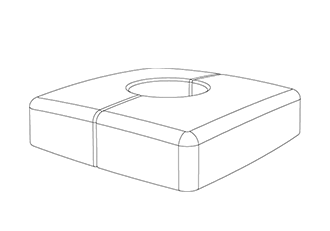 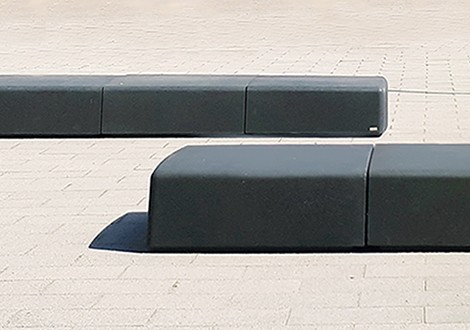 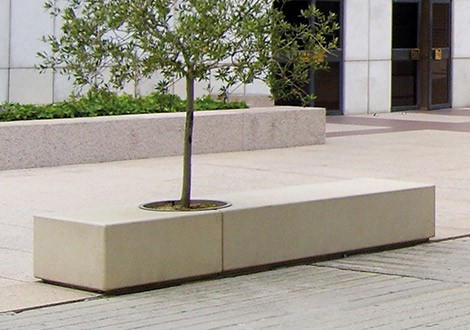