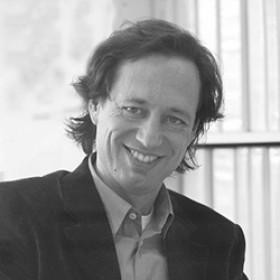 b720 is an architecture studio set up in 1997 under the leadership of Fermín Vázquez, one of its founding partners, in conjunction with Ana Bassat and Adriana Plasencia. The studio strives to be a model of good professional practice, rigour and self-discipline, paying close attention to the construction process in order to ensure the highest possible quality. More than 60 architects and external consultants are involved in this work. The name b720 is a code abstraction (720 is the code designated to architects in the international material classification system) aimed at projecting the team’s desire to break away from stylistic, formalist and personalised pigeonholes, focusing instead on the sole ambition of each project: the production of good architecture. b720 and Escofet have worked together on several projects: the "Veles e Vents" building for the America’s Cup, part of the design by David Chipperfield and Fermín Vázquez (b720); Agbar Tower in Barcelona, designed by architect Jean Nouvel and b720 Architects in 2002, where Escofet worked on the materialization of the public space for the building on Plaça de les Glòries Catalanes, and the renovation work on Paseo del Óvalo in Teruel, by architect David Chipperfield and b720 Architects in conjunction with Escofet, also in 2002.