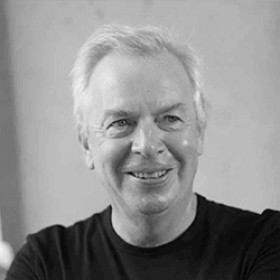 Architect David Chipperfield was born in London in 1953. He studied at the Architectural Association School of Architecture in London, where he graduated in 1977. He worked with leading architects such a Douglas Stephen, Richard Rogers and Norman Foster until he set up his own studio in 1984. Chipperfield’s work, which is often described as minimalist, ranges from buildings and town planning to furniture and interior design. His projects include museums, art galleries, libraries, private homes, hotels, offices and institutional buildings. He has won many prizes including the Royal Institute for British Architects Award on several occasions and the Heinrich Tessenow Gold Medal. In 2004 he was appointed Companion of the Order of the British Empire (CBE) for his services to architecture. In 2007, the "Veles e Vents" building based on the project by David Chipperfield and Fermín Vázquez (B720) was built in the Valencia Harbour docks for the 32nd America´s Cup. It includes a main building for visitors, an adjacent parking building and a park zone. Escofet manufactured the dark grey pre-cast stone walls with a tooth section, interrupted by link steps between the upper platform and the promenade running parallel to the canal. Using the same material and finish as these panels, Escofet also produced the Sócrates benches, large-format planters and Net ashtrays. Cor-ten steel Bin litter bins were also installed throughout the outdoor space.