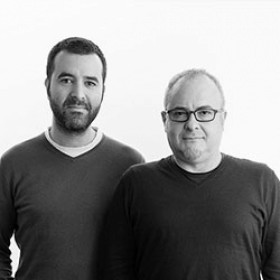 Ramón Úbeda (Jaén, 1962), writer and designer since 1984. In his extraordinary career, he has worked in every aspect of his field: journalist, graphic artist, designer, art director and curator. This multifaceted personality has worked with leading magazines in Spain and abroad, published several books, curated various exhibitions and been engaged in cultural activism with leading institutions such as FAD, BCD and the Signes Foundation. He has worked extensively as a graphic and industrial designer, although he feels most comfortable in his facet as an art director and consultant, working hand in hand with companies, including some the country's leading names such as BD Barcelona Design, Camper and Metalarte, all National Design Award winners.

Otto Canalda (Barcelona, 1977) is a rarity amongst young designers. He chose to embark on his career in the industry's 'kitchen', where projects are cooked up. Immediately after graduating from the Elisava School in Barcelona, he joined the new products department at BD Design Publications, where he now works with Ramón Úbeda on projects by other designers to ensure their successful marketing. He plays a complex, vital role in the gestation of new designs, the best master course for any emerging designer who has decided to build his career on professional foundations. Canalda has made the most of this valuable experience to ensure the success of his own projects. 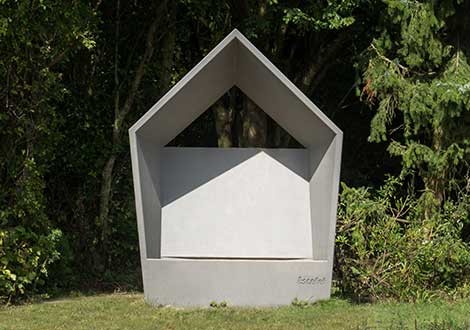