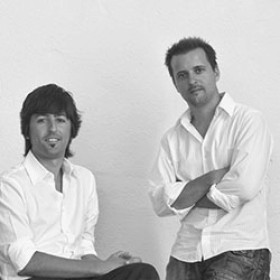 Serra Ferran Solà (1975) and Oscar Vera de la Rocha (1976) are industrial designers at the Elisava Design School (Barcelona). They joined forces in 2002 and established the SerraydelaRocha scp studio in 2004.

Passion and rigour are their visiting cards: they regard design as an essential tool for improvement and innovation for a better future.
Their activity focuses on product design, design management consultation for private companies, ranging from marketing management, conceptual design and engineering monitoring to market launches. They dare to design anything from car interiors to perfumes and fences on building sites.
Despite their relative youth, SerraydelaRocha could be considered one of the country's reference studios. They have already received several nation-wide acknowledgements of their quality, including three AEDP 2010 selections, Iplus Prize 2009 for excellence in furniture, two Award Delta 2005 selections, selection for the 300% Spanish design travelling exhibition (Lisbon, Athens, Oslo, Shanghai. Beijing) 2007, selection for the Expohogar 2005 Awards and finalists in the Inside the Bathroom international competition (Milan 2004).

In collaboration with Escofet, SerraydelaRocha have designed a new typology for environment and user-friendly drinking fountains in rotomolded PE. 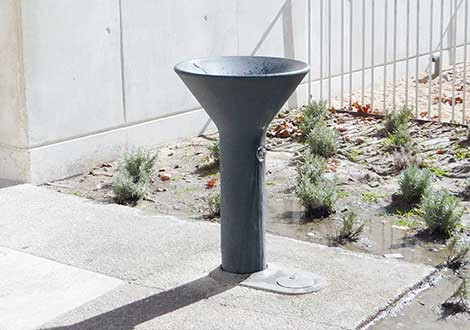