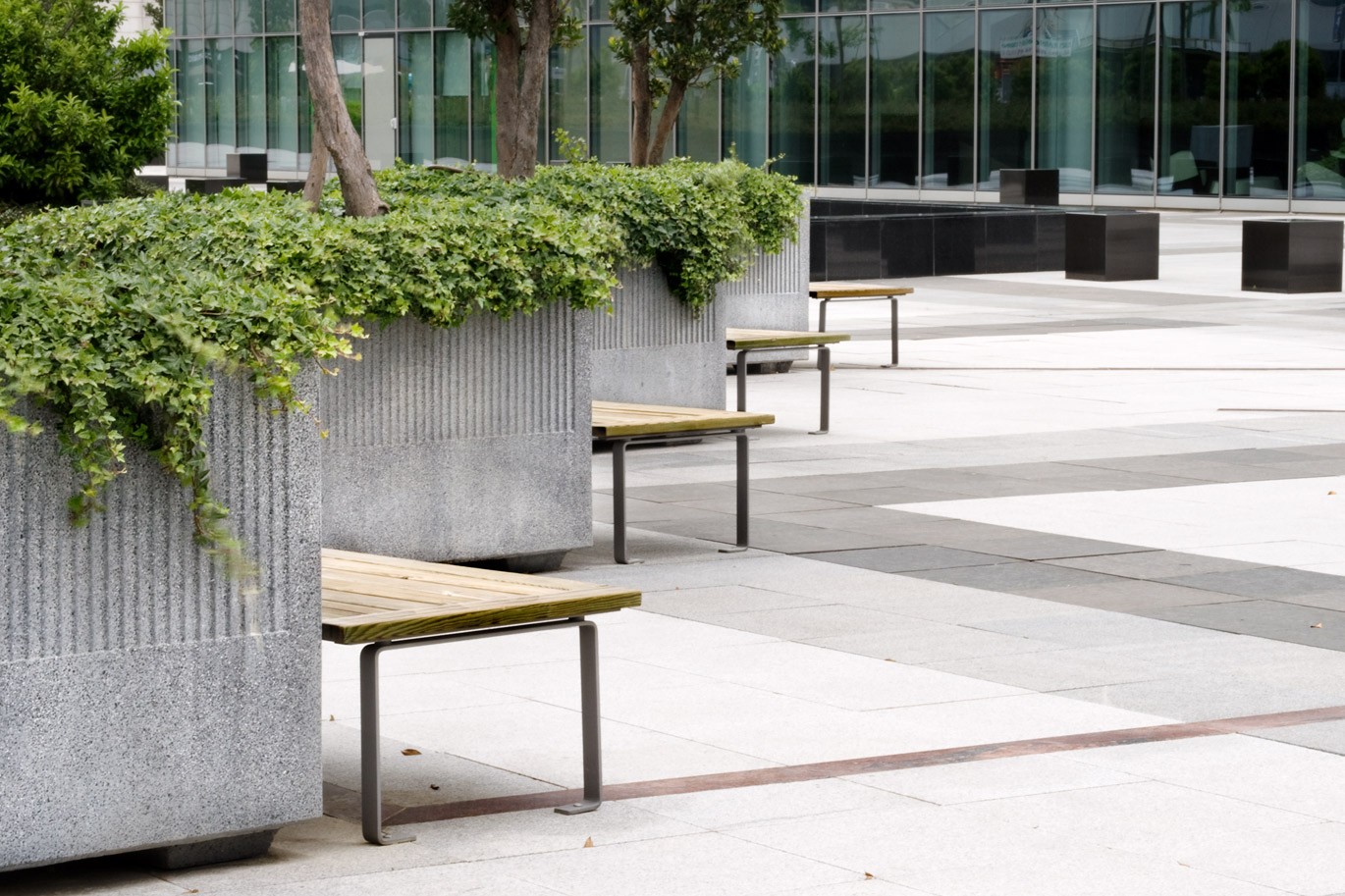 The main feature of the landscaping project for the urban sector of the Cuatro Torres, developed by Escofet, is a modular cast stone bench that spreads out at various points of the space dominated by the towers. This special feature is complemented with a broad selection of standard urban elements including Icaria tree planters, some combined with the Luco bench, Pedra Negra litter bins and the Carmel bubbler. 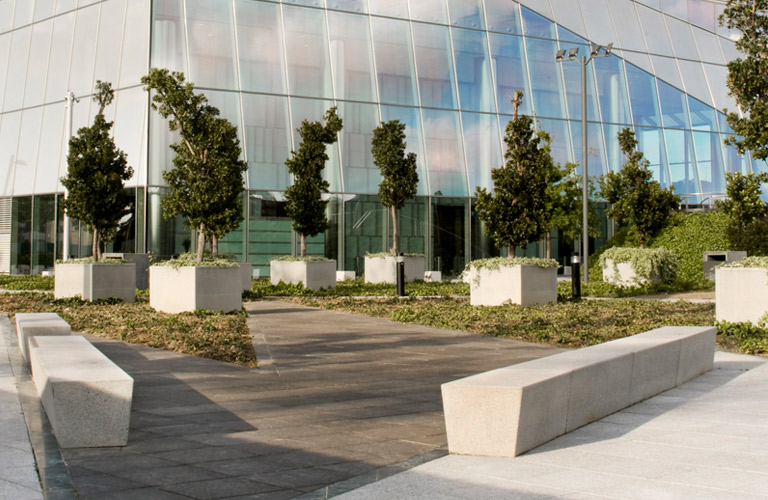 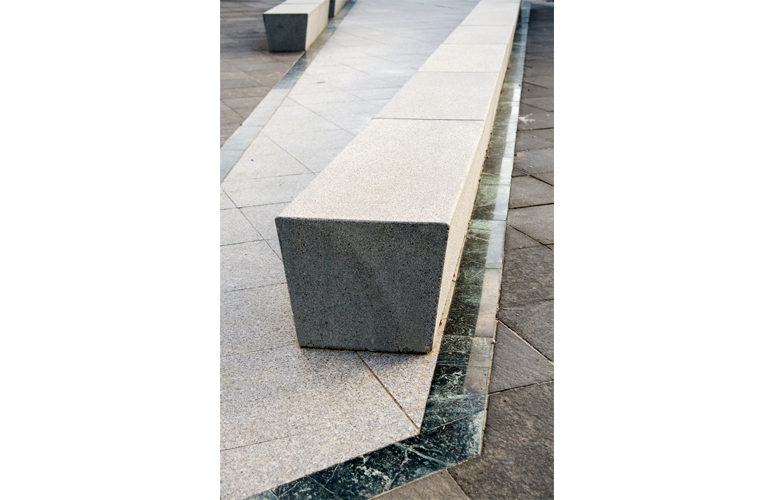 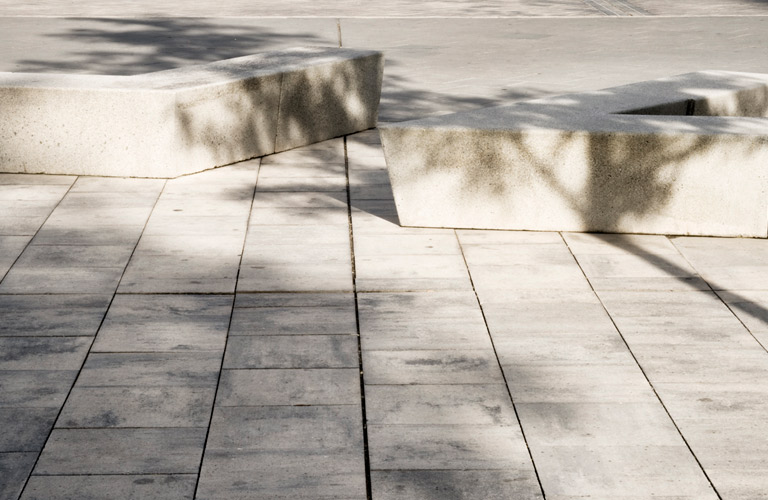 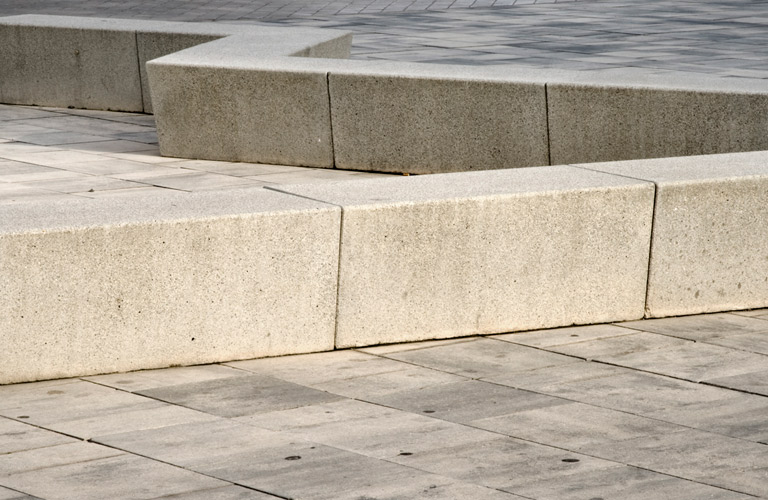 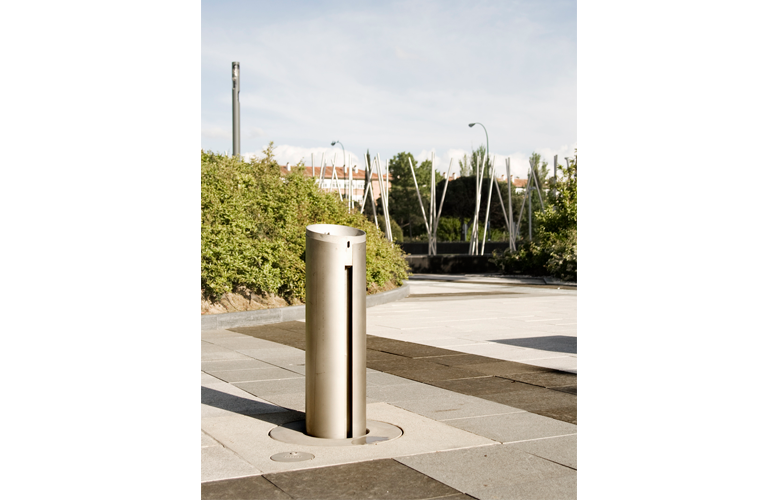 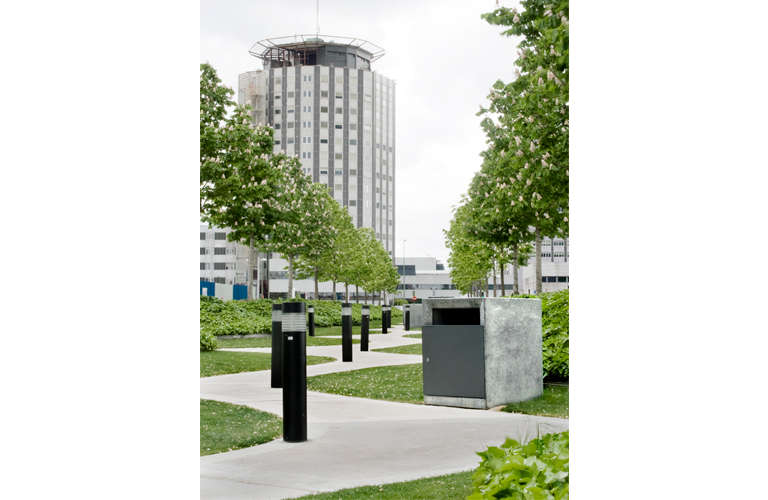 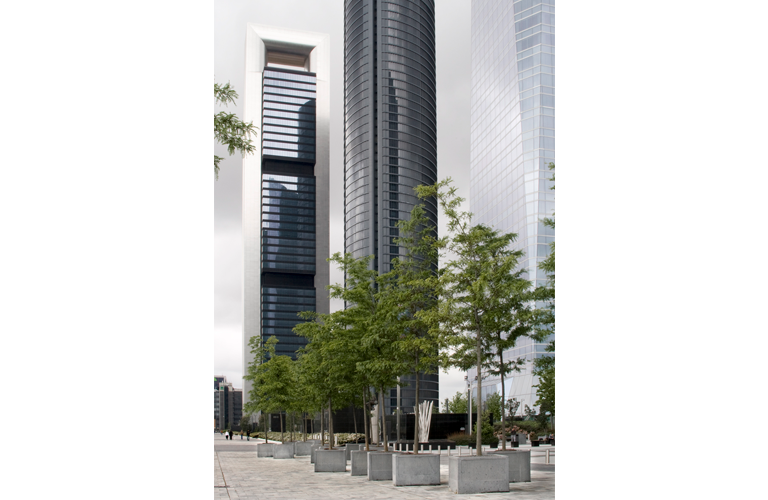 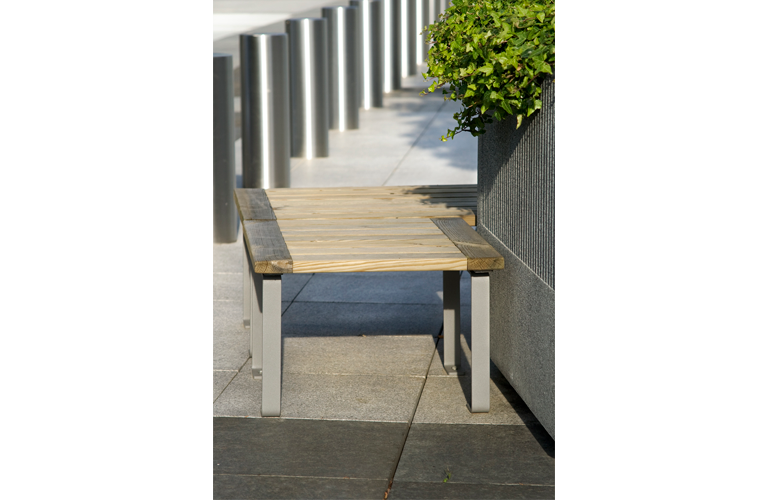 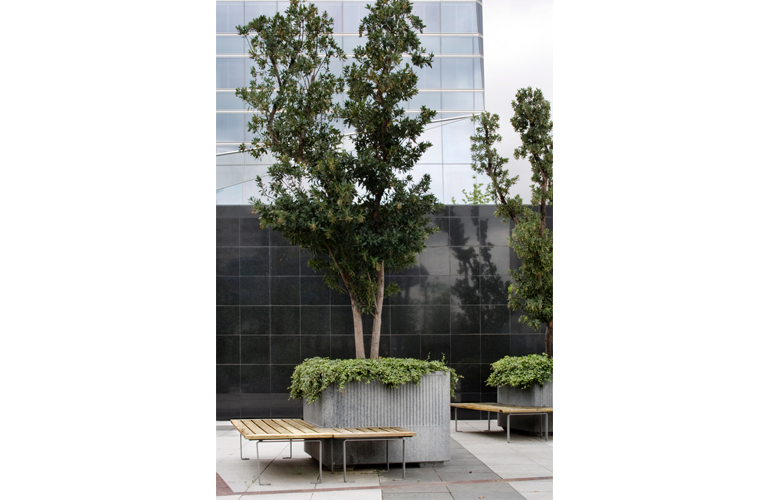 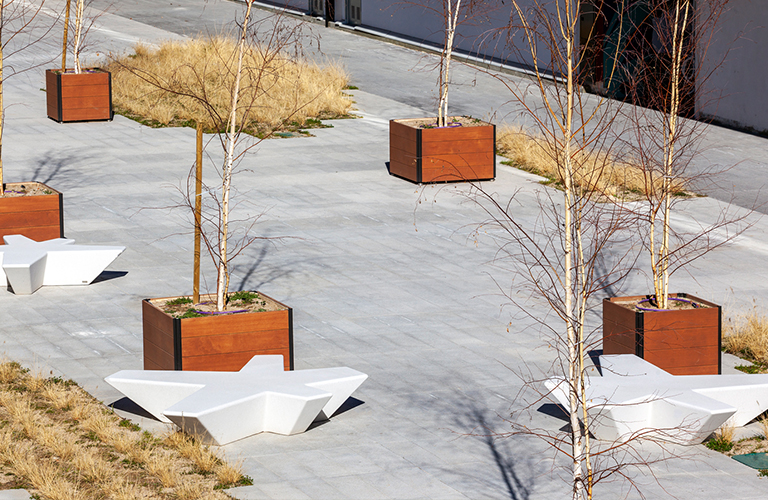 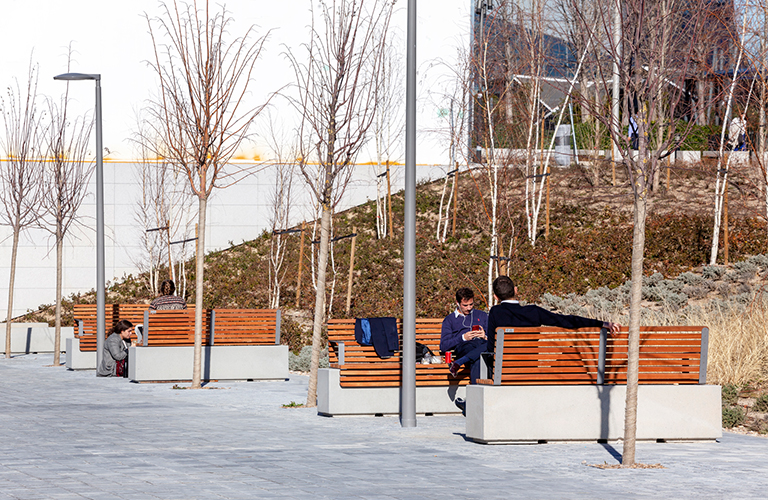 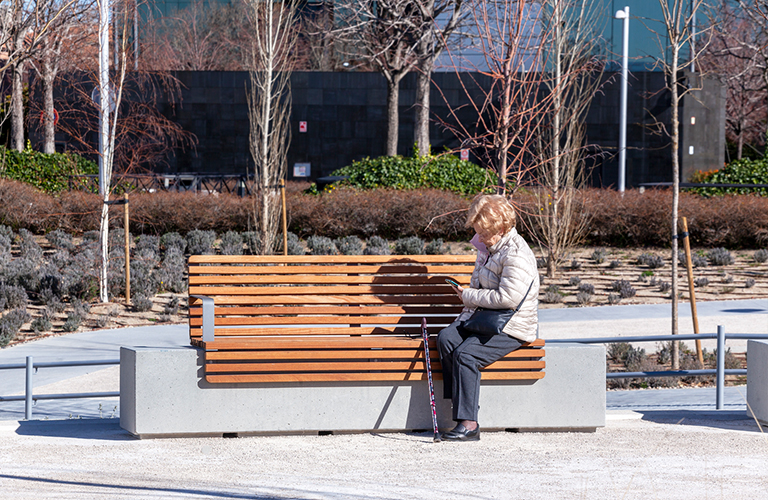 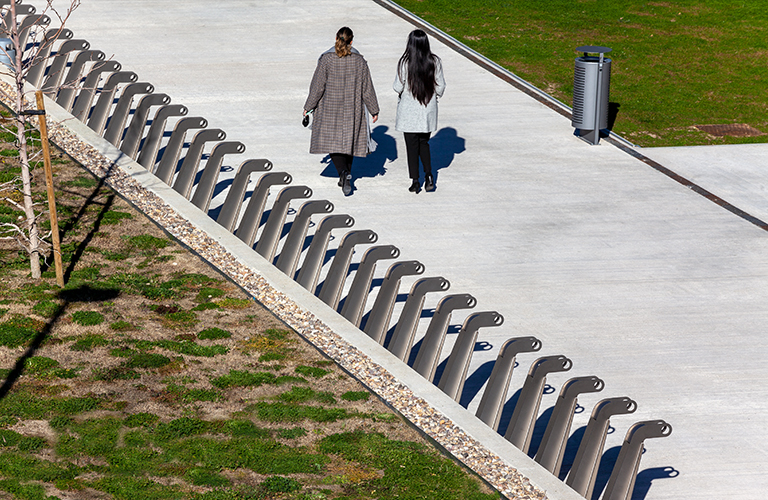 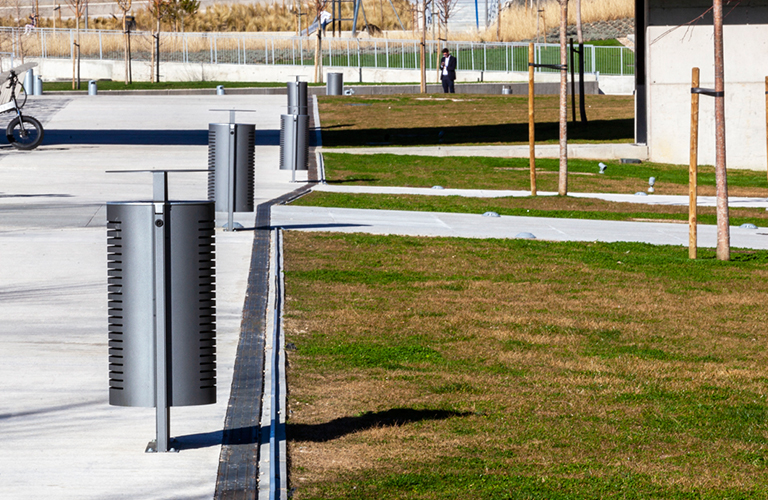 The base of the sculpture by Eva Aldeanueva, opposite the Repsol Tower, has also been developed and manufactured by the Escofet's architectural concrete division. 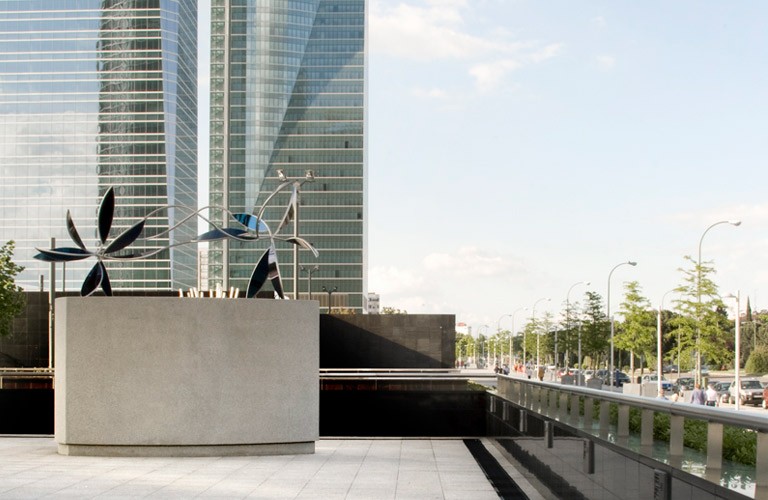 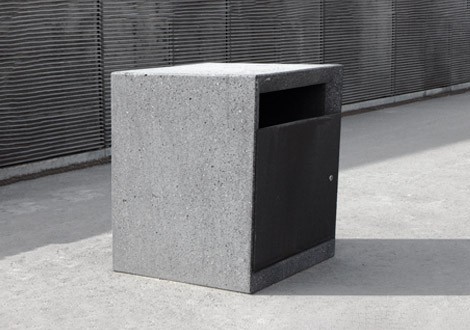 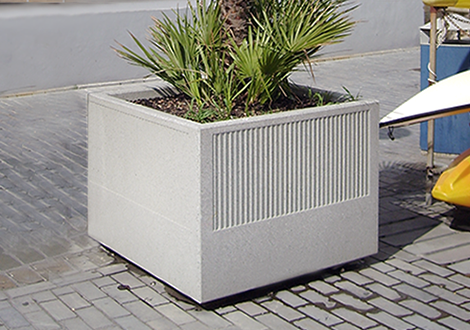 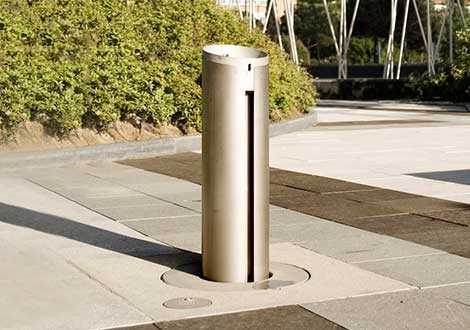 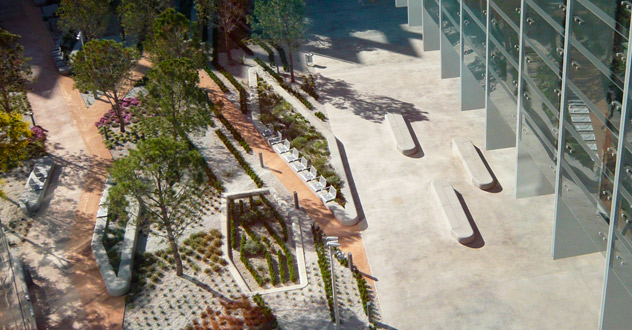 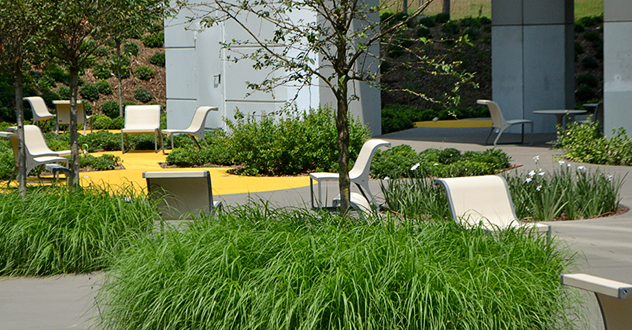