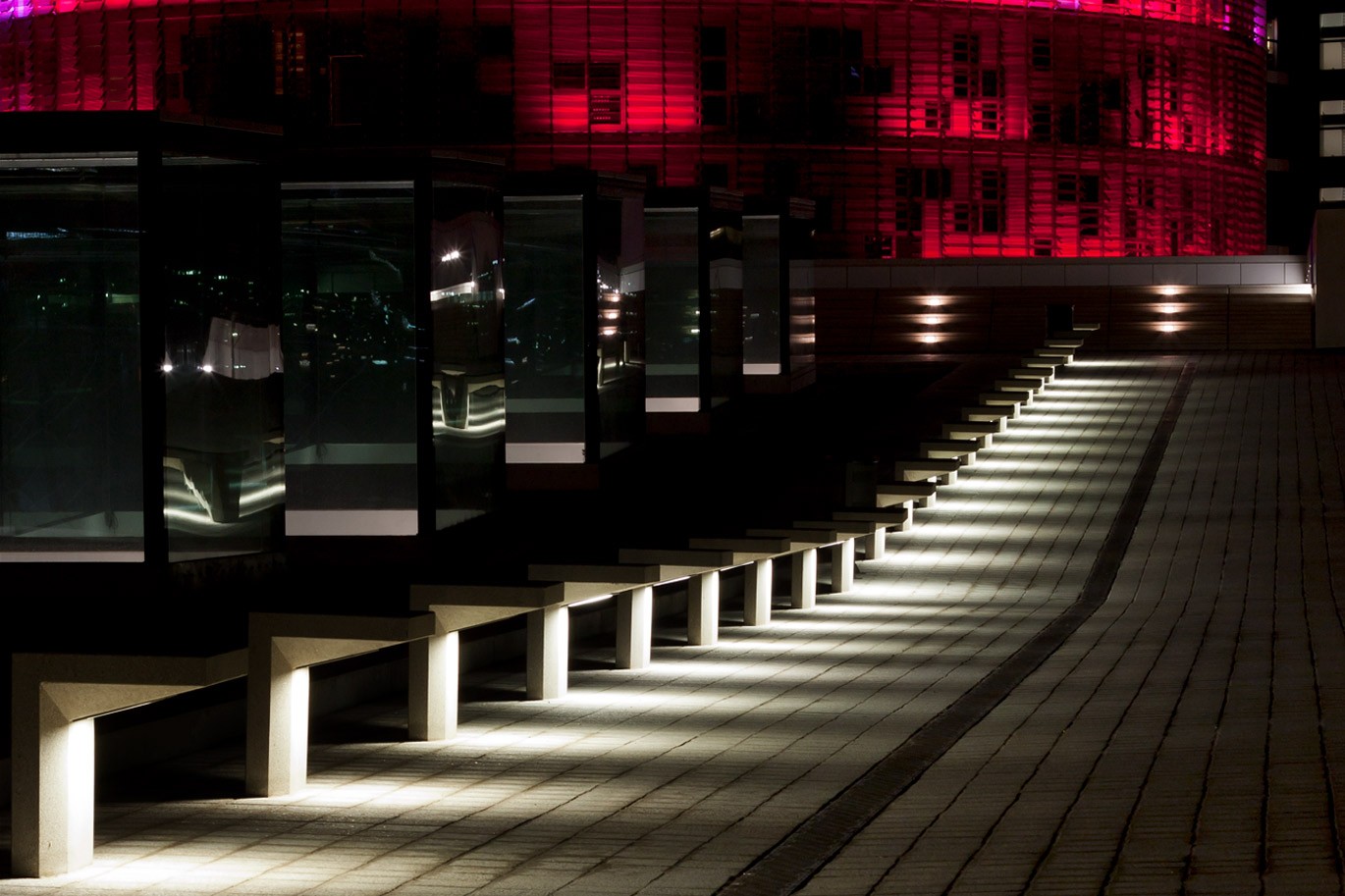 The DHUB building is the head office of Barcelona's main design institutions and a new point of reference for design in the city. The professional work done in this 29,352 m2 building is aimed at enhancing Barcelona's visibility and impact, both locally and internationally. The building consists of two parts. One is underground, the other is a parallelepiped sliced on an angle with the same width as Calle Ávila.  The urbanization of the zone around the DHUB building has added 27,300m2 of civic space to the public land adjacent to Plaza de las Glòries. 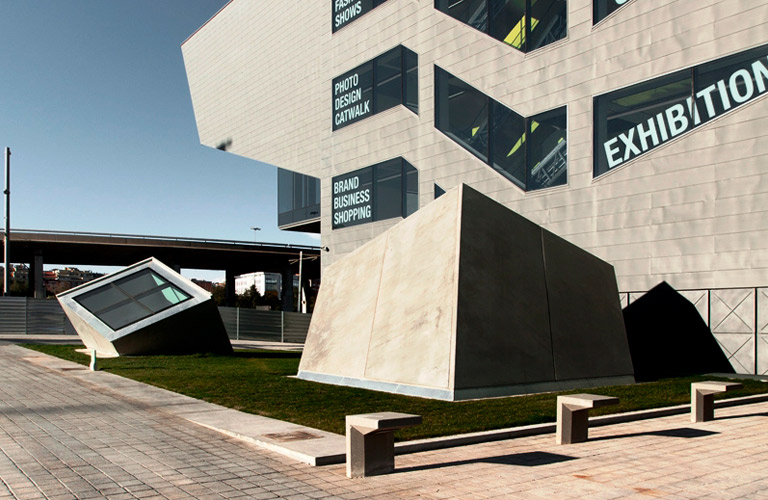 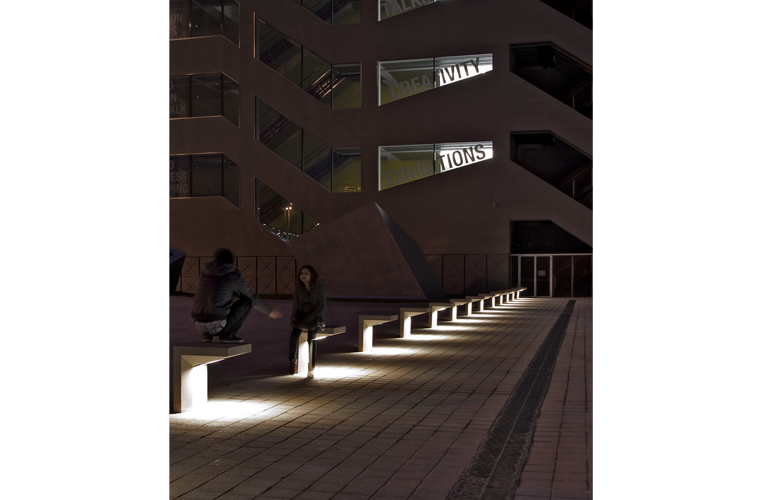 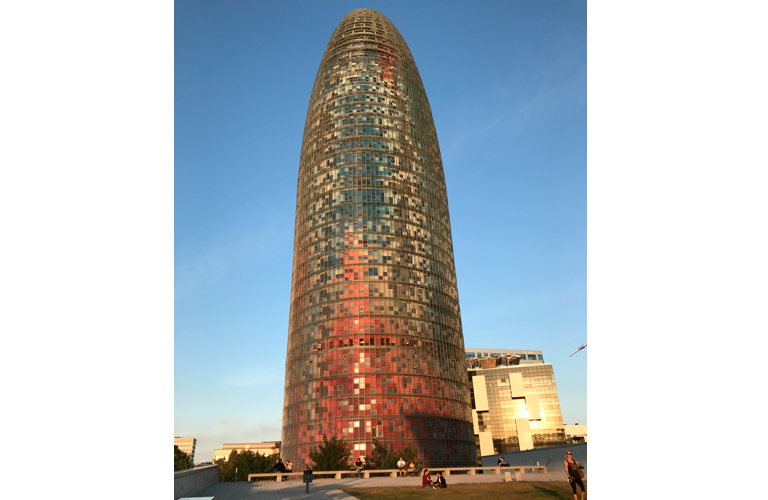 The building is divided into three different spaces: The basement roof, a broad green carpet on one side of the emerging building, includes six skylights and a glazed path that sheds light into large exhibition hall and shops in the DHUB building.

The second space on the opposite side, above the Glories Metro station roof, is bounded by a pergola and paved with granite cobblestones. Here, an installation consisting of strip lighting recessed in the pavement and sensors scattered around the pergola allow visitors to interact with the public space by means of the ambient noise that triggers different on-off protocols, along with the effects of motion on this lighting.

The third space, located on a lower level, is occupied by a lake that relates the underground levels of the building to two films of water. The first one is set at the lowest point, lapping against the DHUB building, which allows natural light to enter the museum rooms on the floor below, while the upper lake is crossed by a glass bridge, the entry point to the DHUB building from Calle Ávila. Pavement bars and restaurants are planned for the area around this lake. 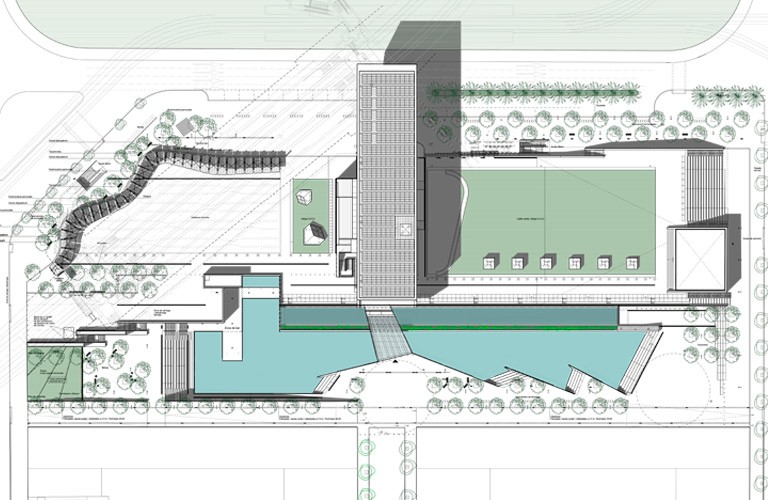 Escofet has collaborated in the production of Mota beacons that punctuate and illuminate the upper level of the public space from one side to the other. We also produced the skylights, the spectator tiers and the stairs in the outdoor outside urbanized space. 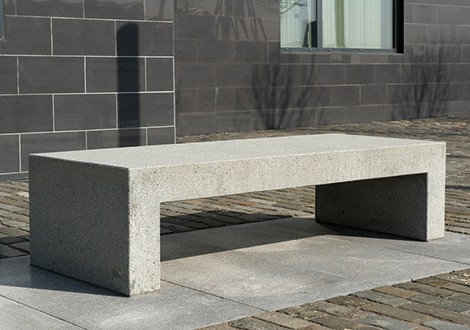