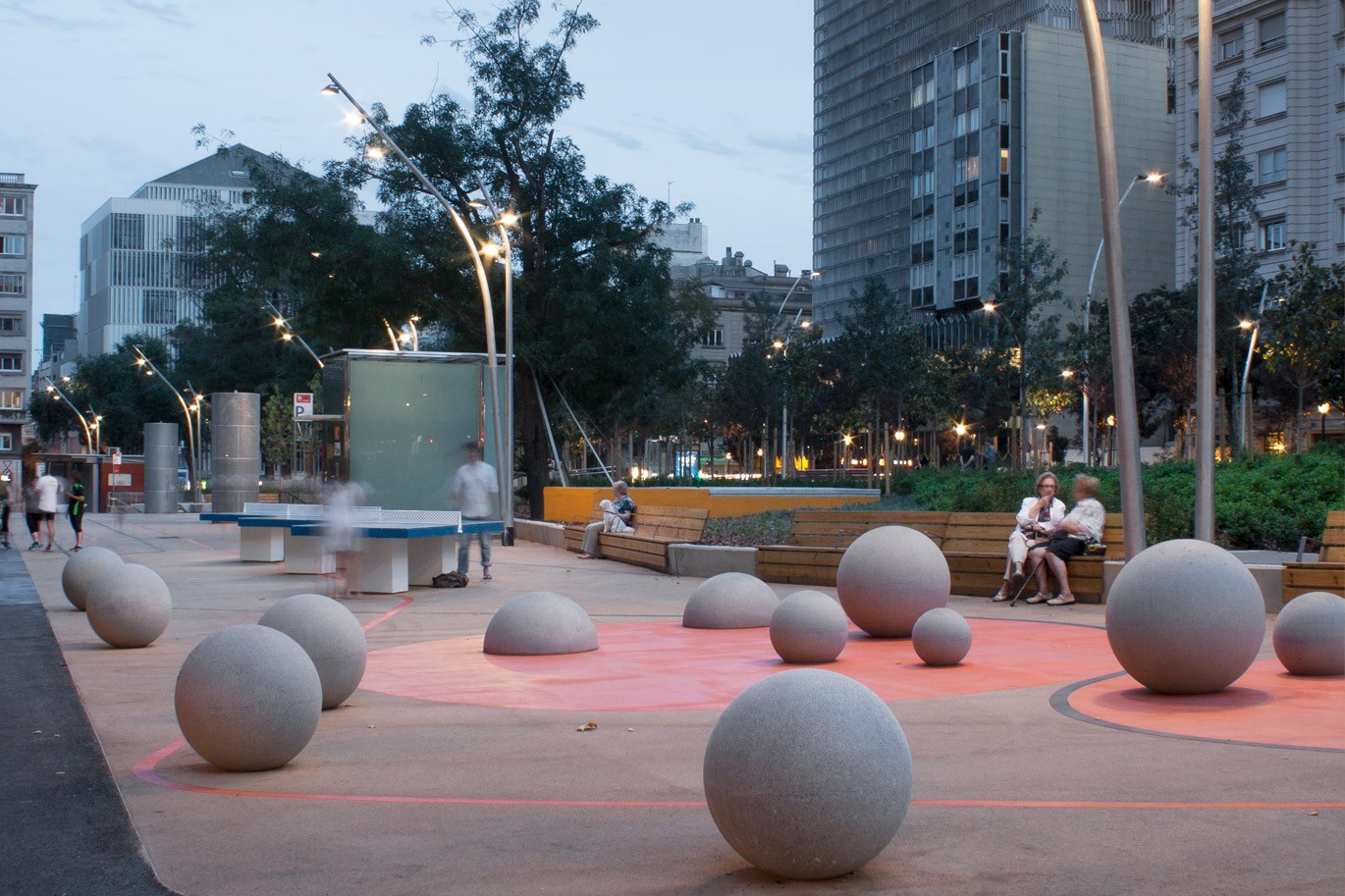 Gracia, a district famous for its narrow streets and little squares, also has larger open spaces on its perimeter where activities can be held that are not possible in the centre. One such space is Gal·la Placídia Square, recently affected by several projects which altered the trees and installed new ventilation points and emergency exits for the underground railway line. 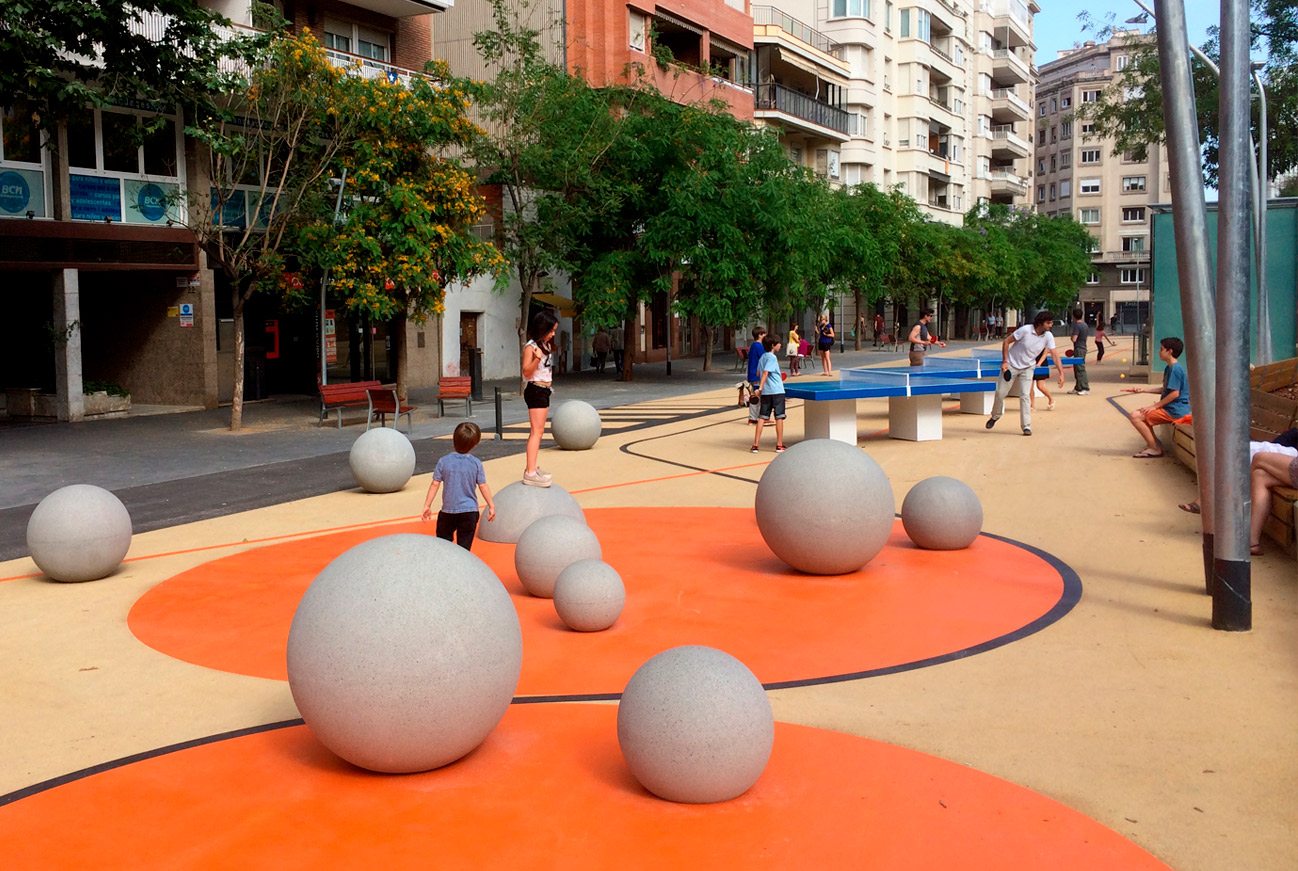 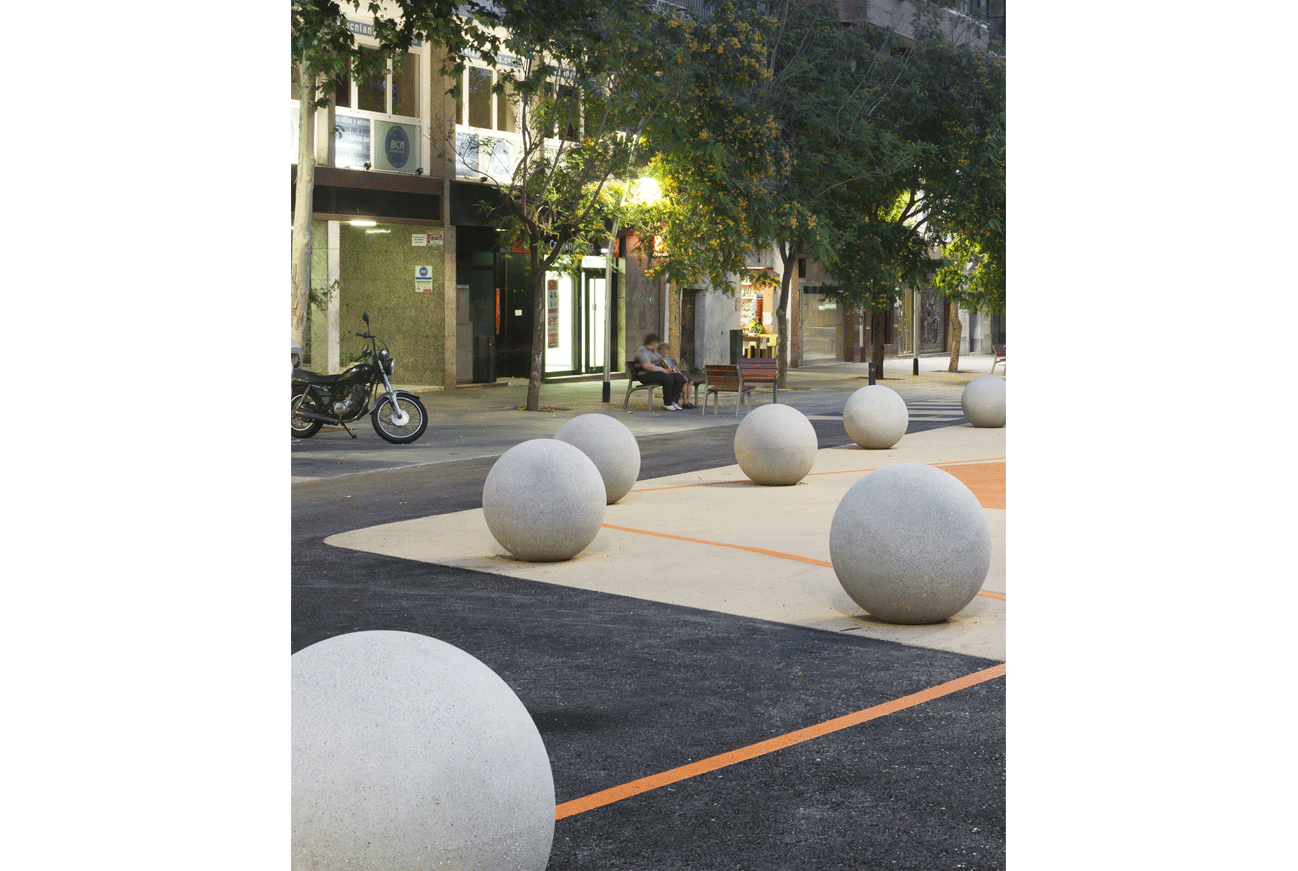 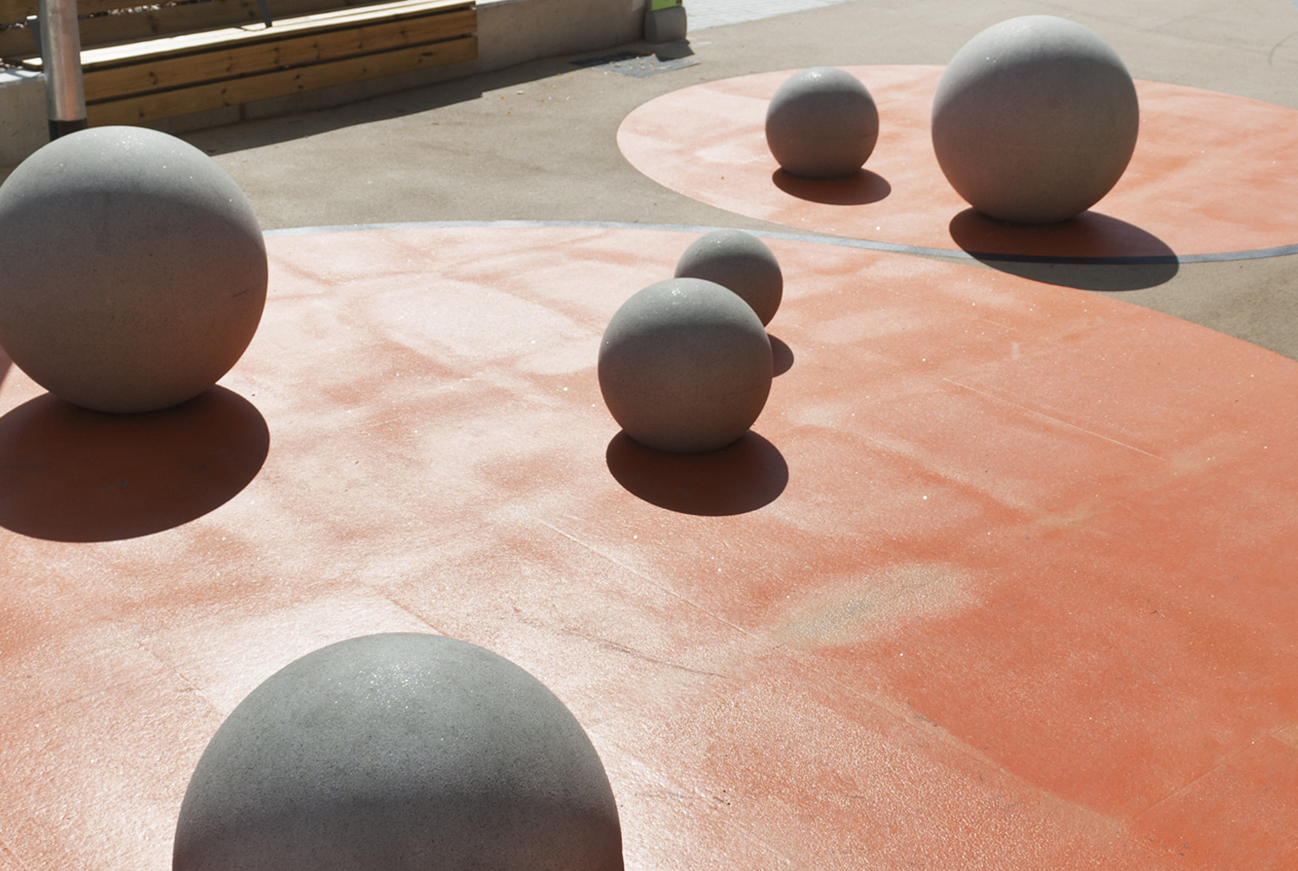 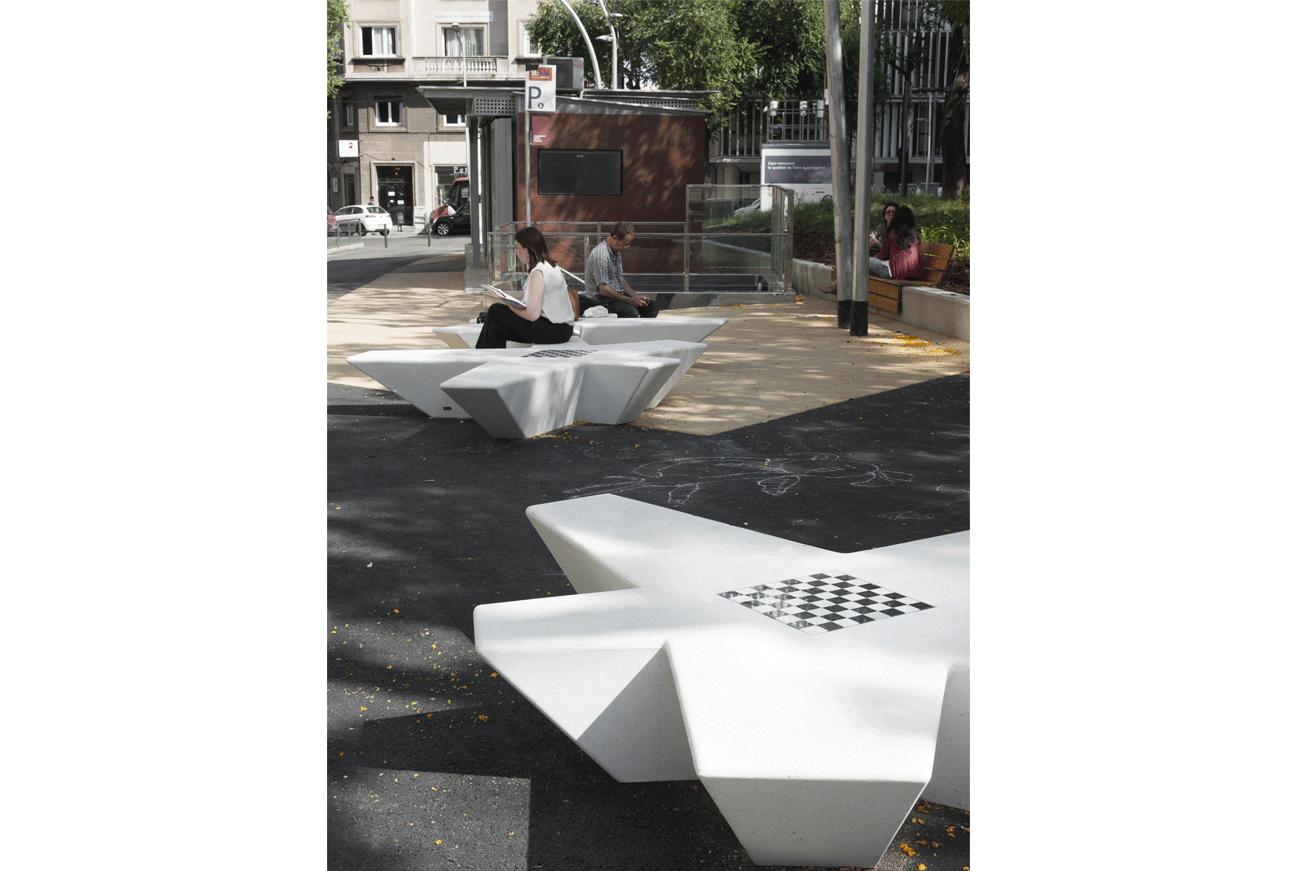 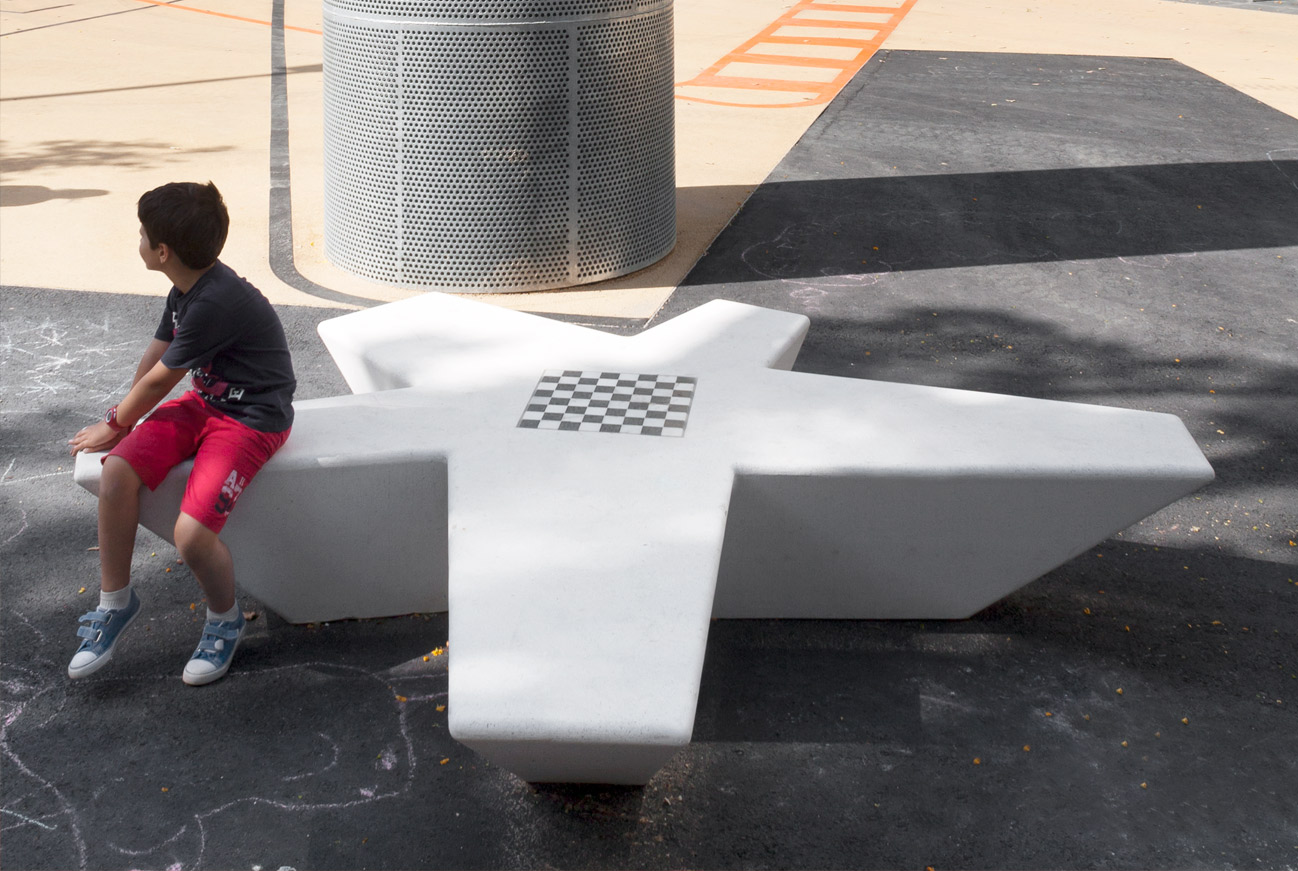 The project involves moving private vehicles and buses to a new service road which will increase the open space to 7604.13 m2. The site contour includes a 3.5 metre long transversal slope with a 1 m height difference, a determining factor in the final project which seeks to maximise the space available for the neighbourhood, conceiving the square as a broadened section of the streets that converge on it. The height difference is resolved with a green slope, crossed at two points by ramps and stairs to give pedestrians continuity in their movements. This green strip absorbs but at the same time minimizes the presence of the underground infrastructure- ventilation gratings, emergency exits, transformer, a weather station and a gas tank. Lines of trees have been planted to emphasize the alignment with Vía Augusta, while in the square itself, the existing Fraxinus excelsior plantations have been extended.

Historically, many of this square's users have been children, and it is therefore aimed to be perceived as a large playground. The old playground beneath the trees is renovated, and traditional games like hopscotch and noughts and crosses are etched into the pavement, integrated with volumetric elements which permit games for all ages such as ping-pong tables and chess boards embedded in the centre of the Flor benches. Additional street furniture includes Ful street light, Bollards in different diameters and Longo benches, anchored to the low walls that limit the long landscaped slope. 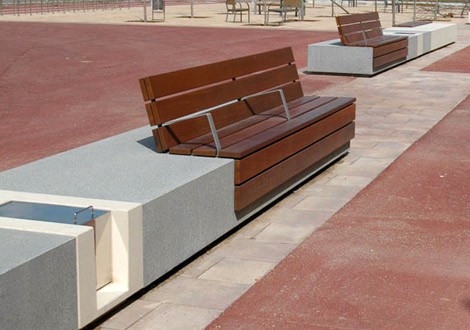 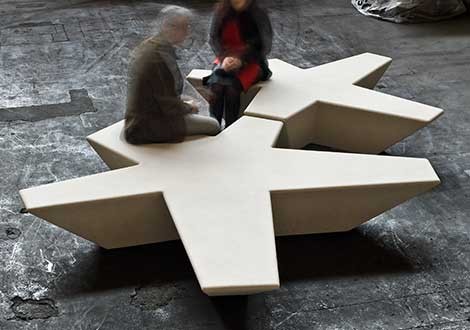 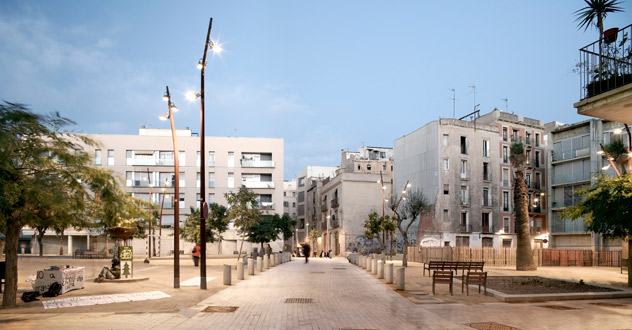 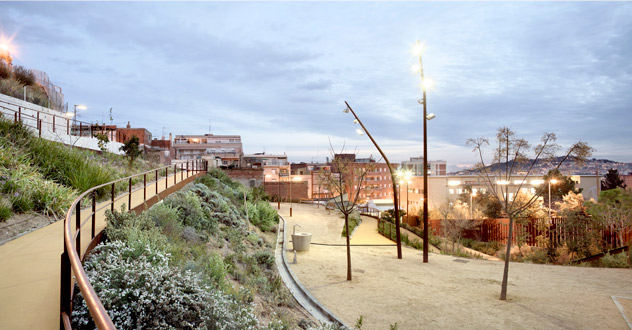