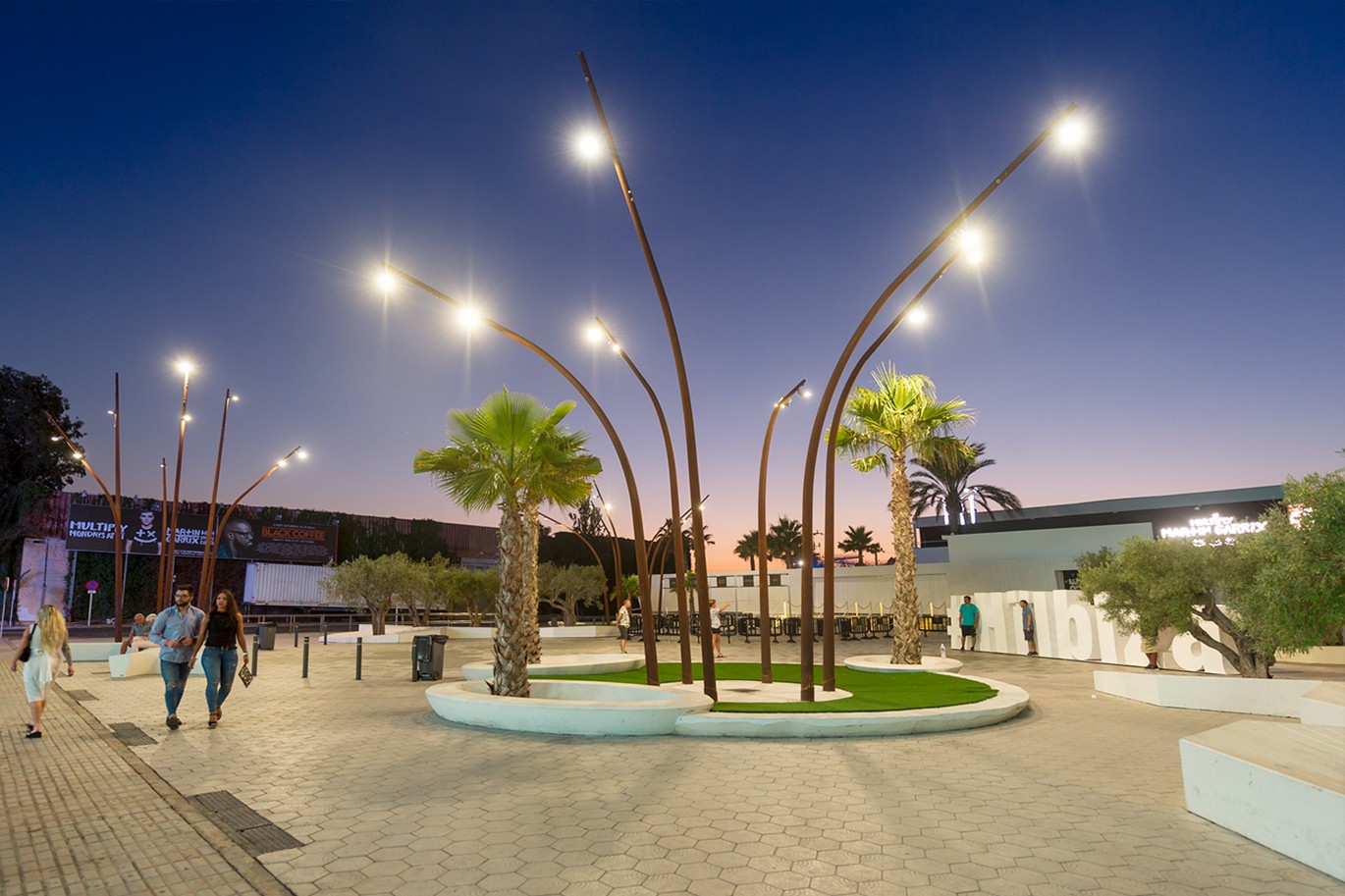 Hï Ibiza arises in 2017 from the reform of the old Space nightclub, and its reconversion into a nocturnal play space, known as the temple of world electronic music. The intervention is based on the adaptation to a new concept of club in which the visual equals in importance to the sound. 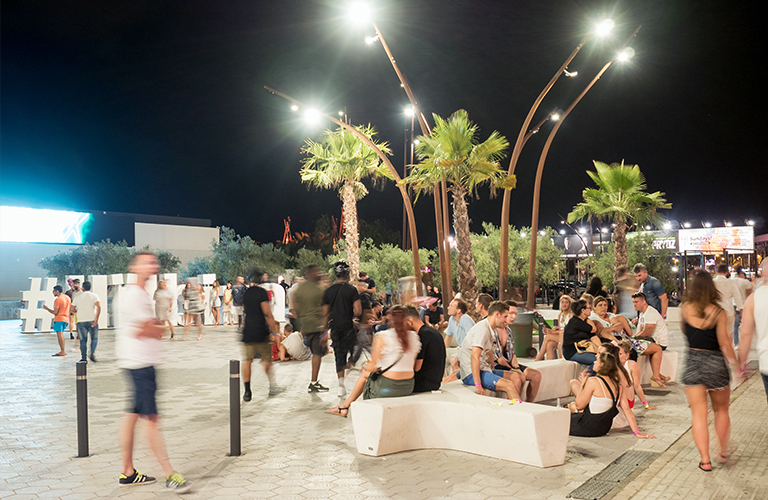 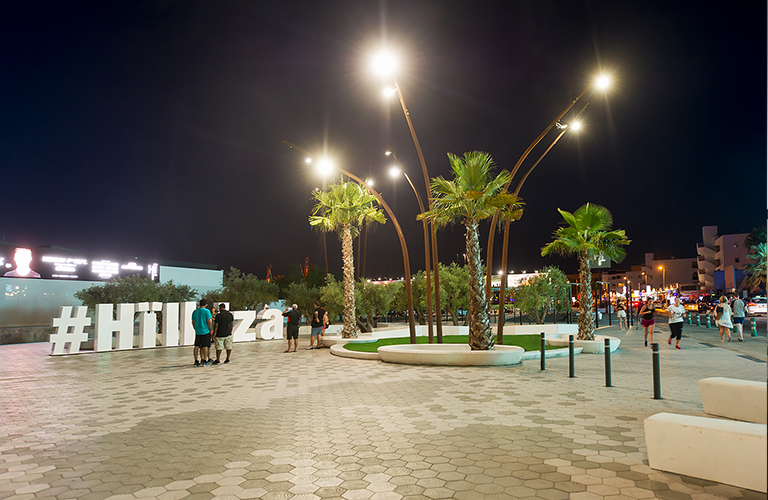 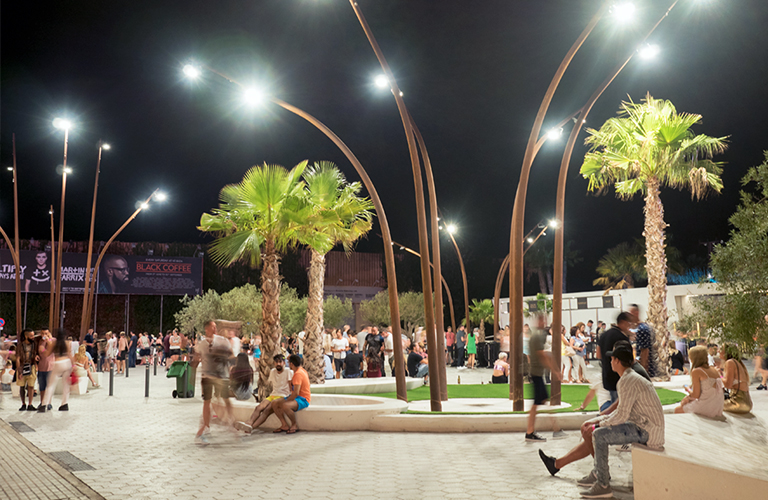 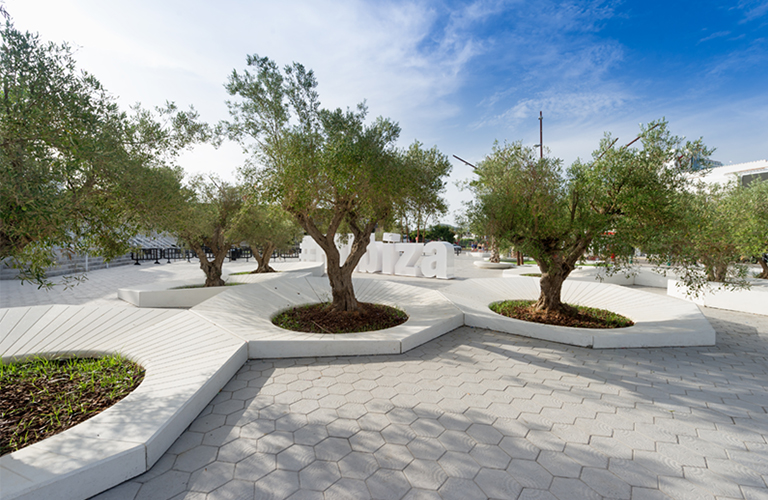 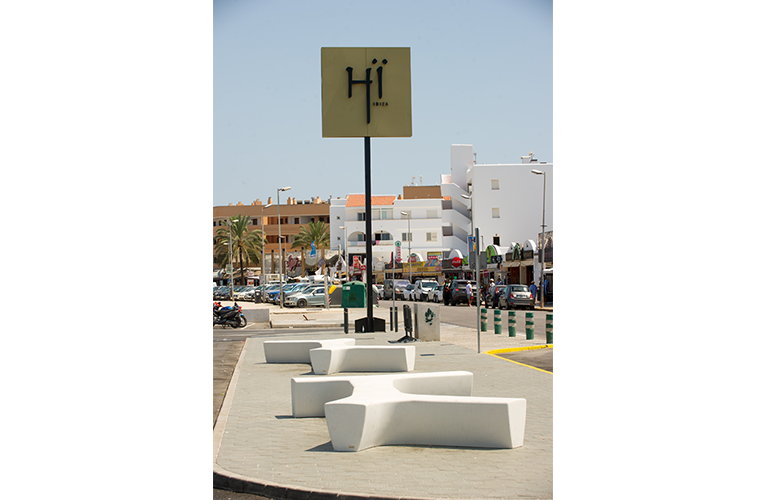 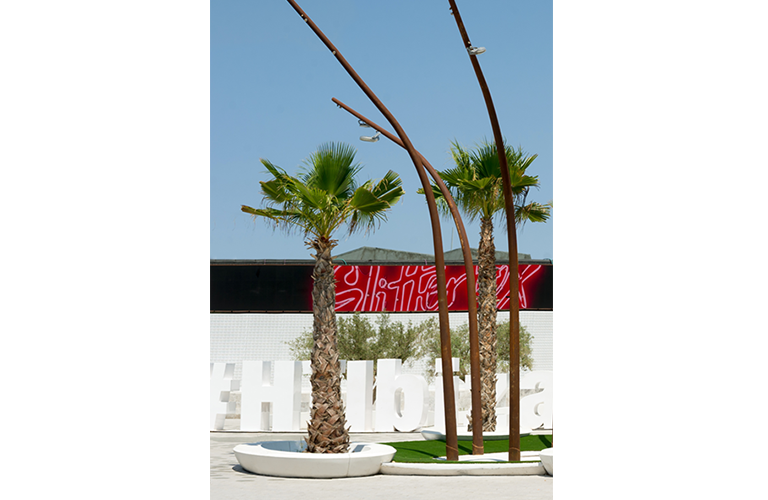 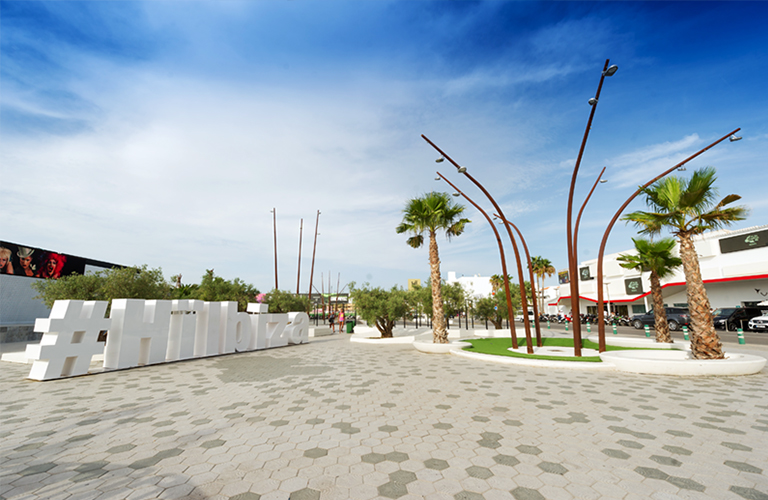 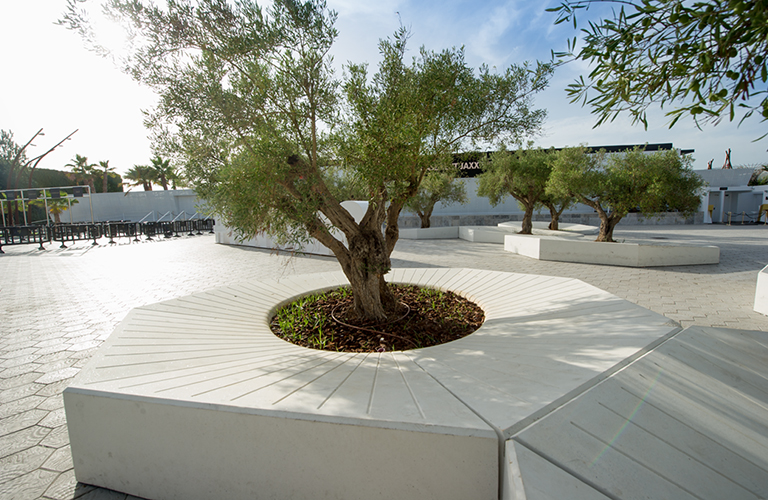 In the development of the outdoor urban landscape of the discotheque, Escofet has collaborated with the team of architects from Ibiza with an integral and holistic proposal of pavement, street furniture and lighting: Gaudí hexagonal pavement, Twig modular benches, Otto and Niu planters and lighting columns Ful. 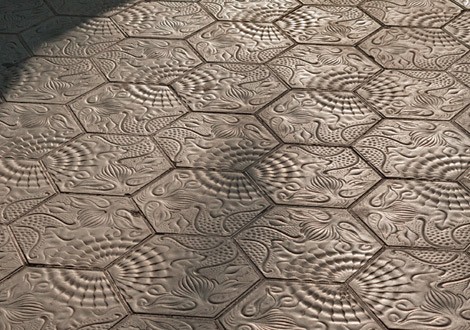 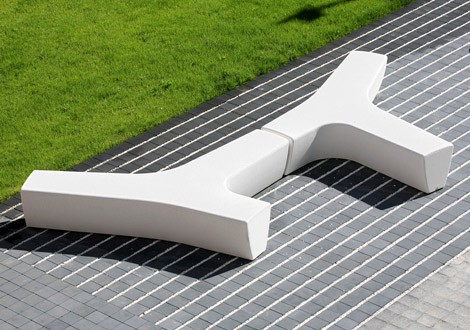 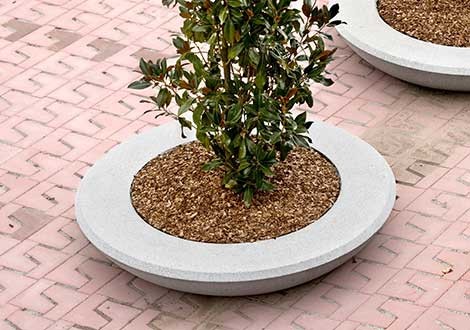 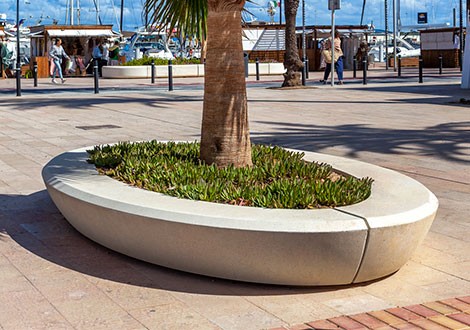 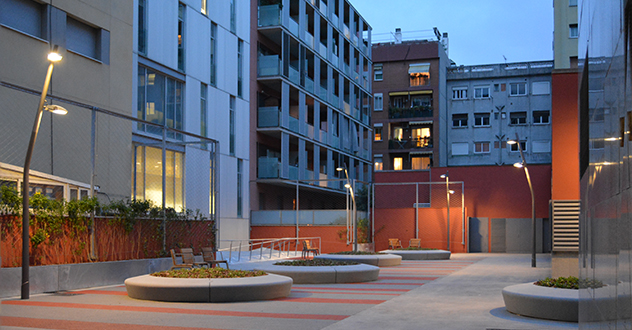 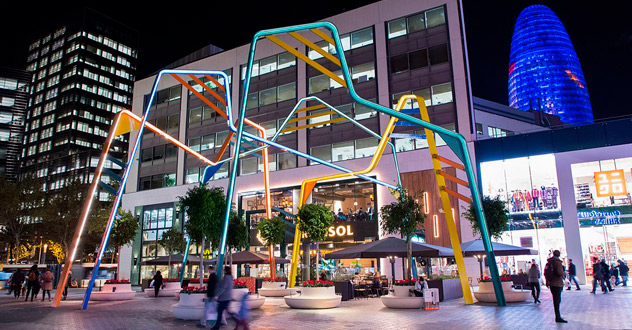