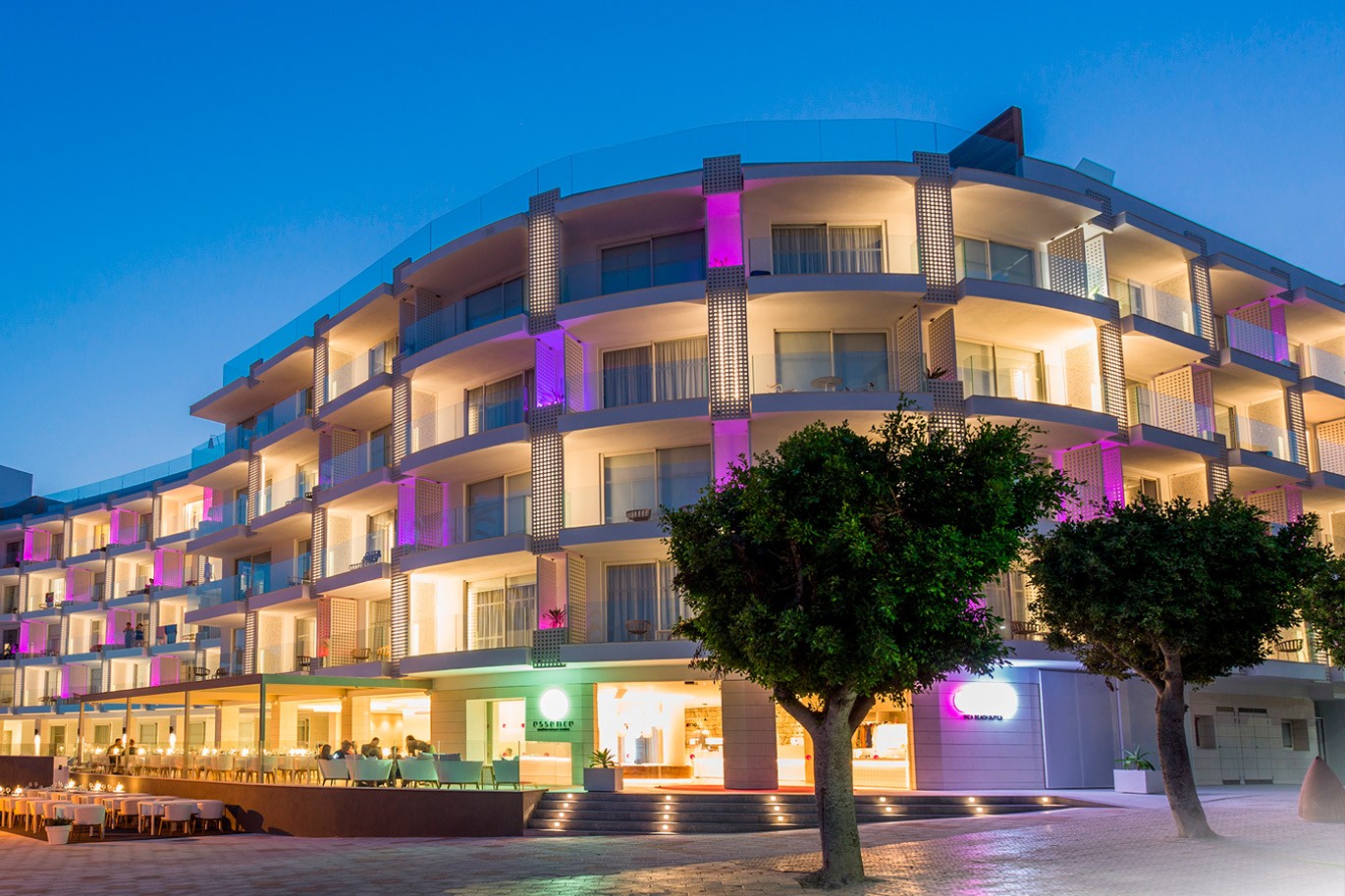 One Ibiza Suites is the result of refurbishing a tourist apartment block built at the beginning of the 1980s, called Mar y Playa and located on Paseo de Ses Pitïuses in the capital of Ibiza. 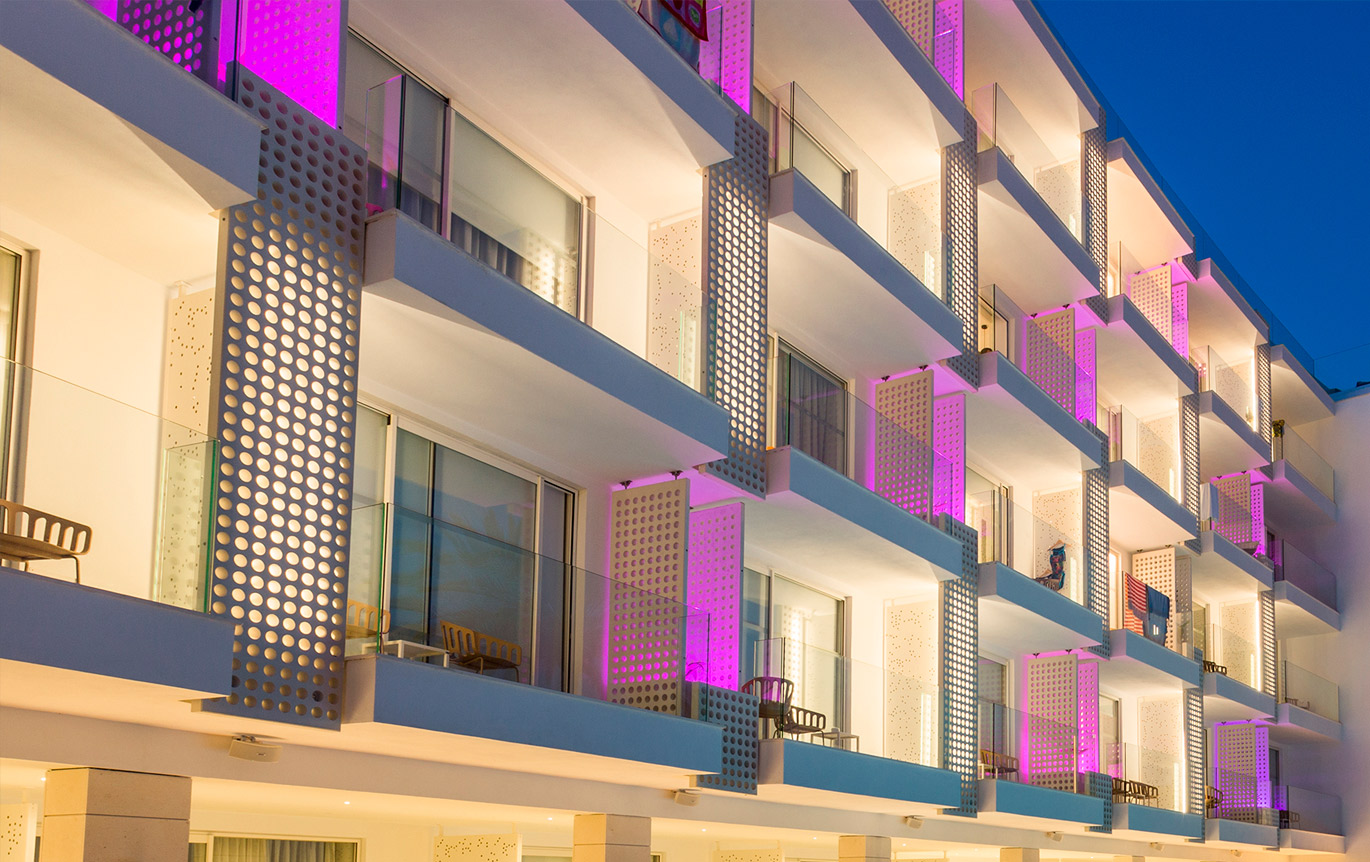 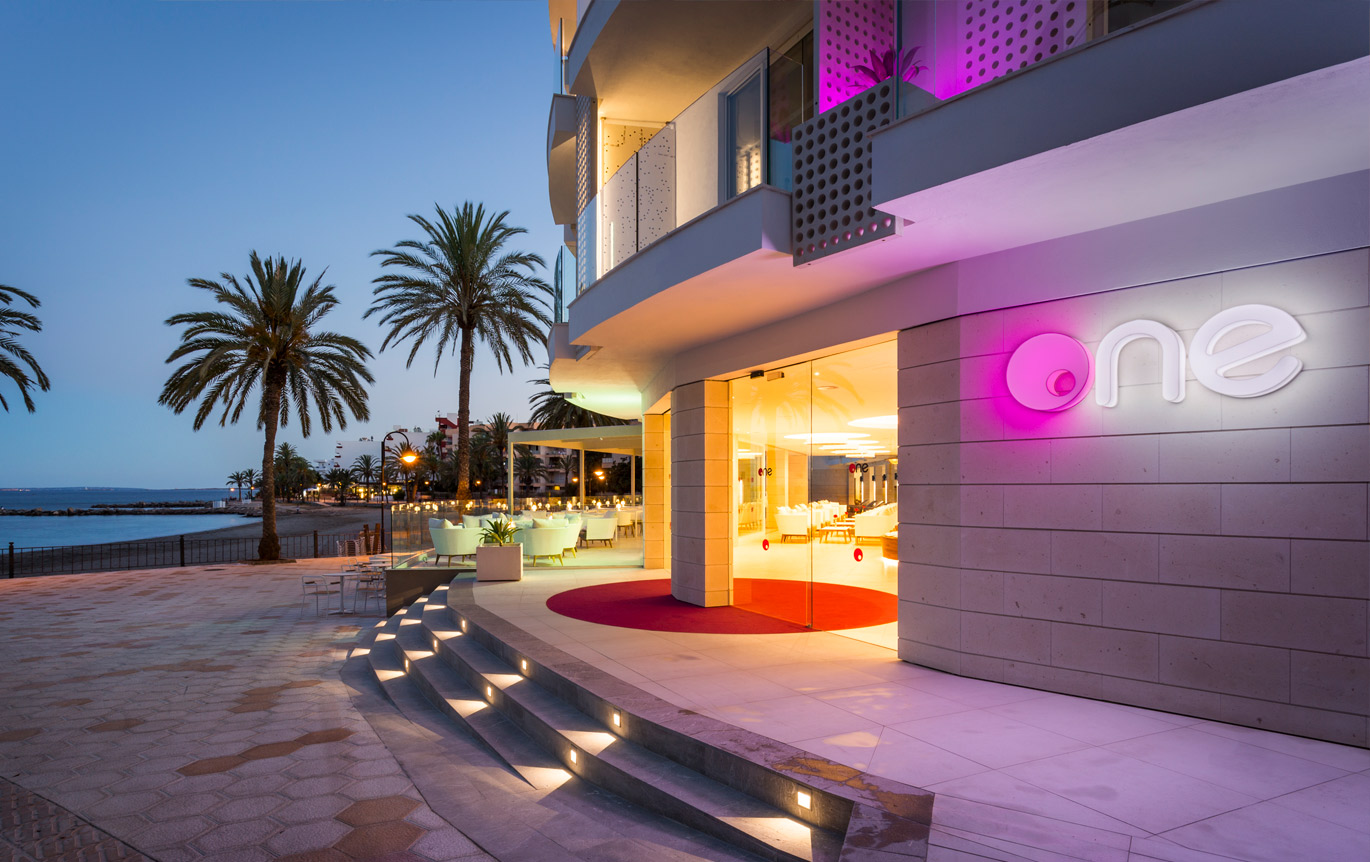 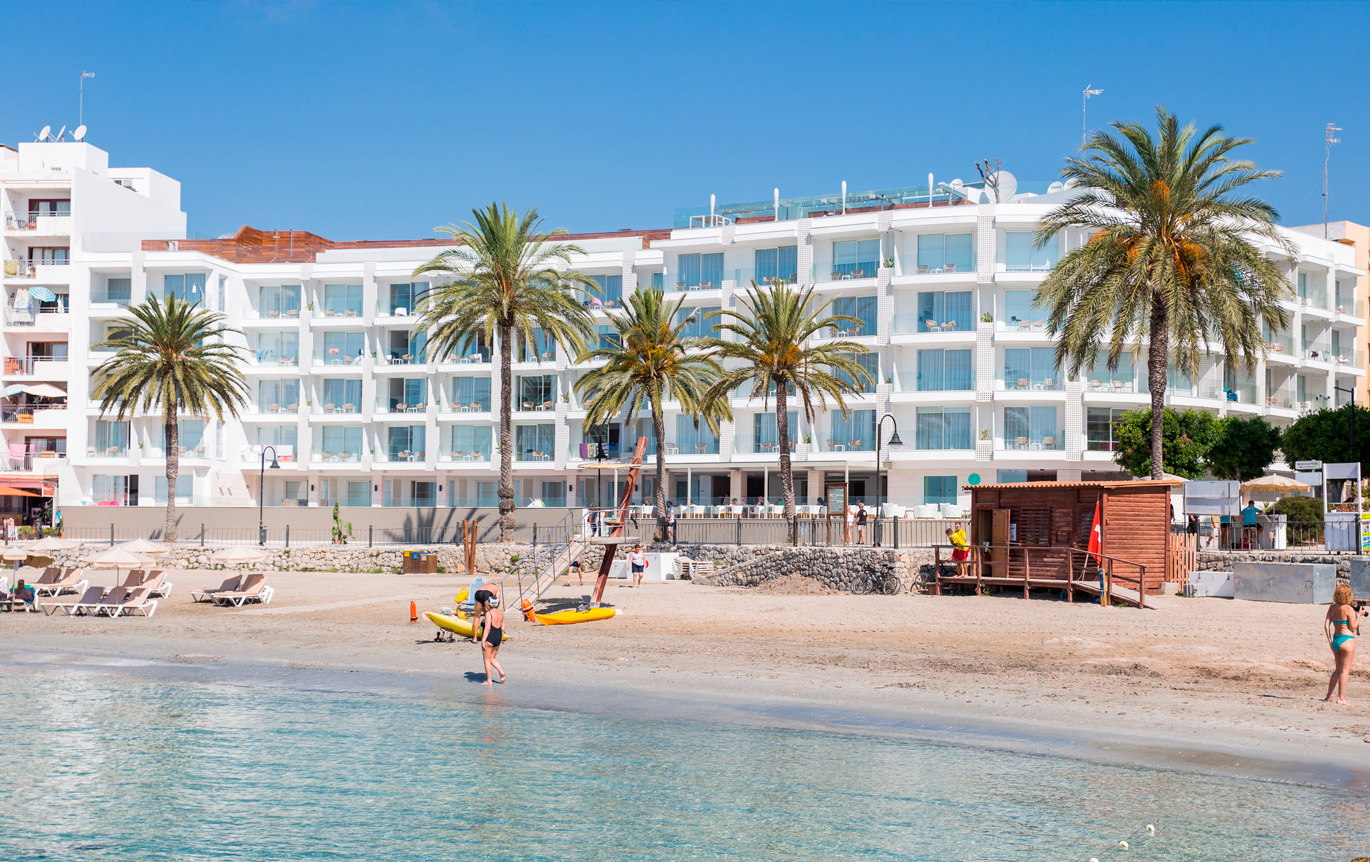 The project enhances the connection between building and sea, by modifying the layout of the housing units and the relevant work on the facade, eliminating the overhang of the balconies, in order to increase the sea views. It is focused mainly on installing a series of precast UHPC-Slimconcrete shading elements in white and planters in the same material in order to create a composition featuring the plant motifs that are ever-present in the architecture and fields of Ibiza. The RGB LED lighting transforms the facade at night, highlighting the concrete latticework.

One Ibiza Suites sets a precedent in the Ses Figueretes neighbourhood that promotes the regeneration of the only sea front in the town of Ibiza. For this reason, the project was selected by the Architects Association of the Balearic Islands as the best in the tourist residence category for Ibiza and Formentera during the period 2012-2015. 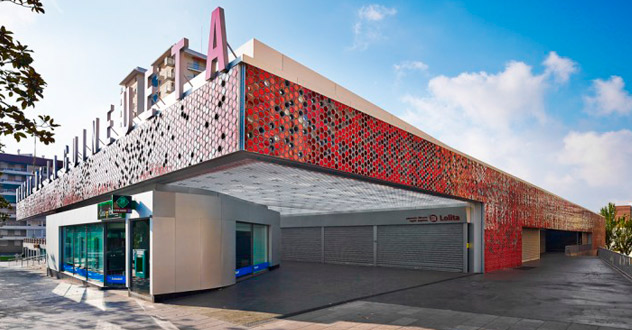 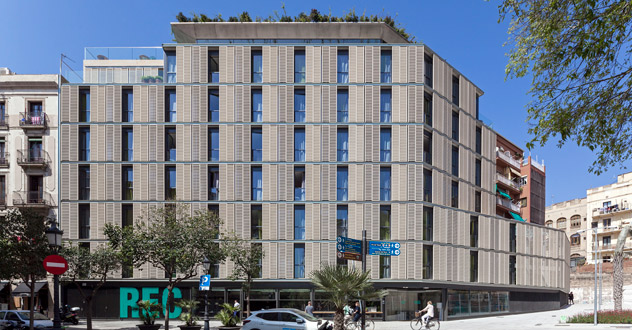