The project was conceived through the recognition of the site, giving rise to a composition of various items connected by public space: The Massana School of Fine Arts, an apartment block and the remodelling of the rear façade of “La Boquería” market. The apartment block is the result of a search for perspectives related to the location. This is achieved from La Rambla, through the arches of La Boquería and the exit to Carme street. 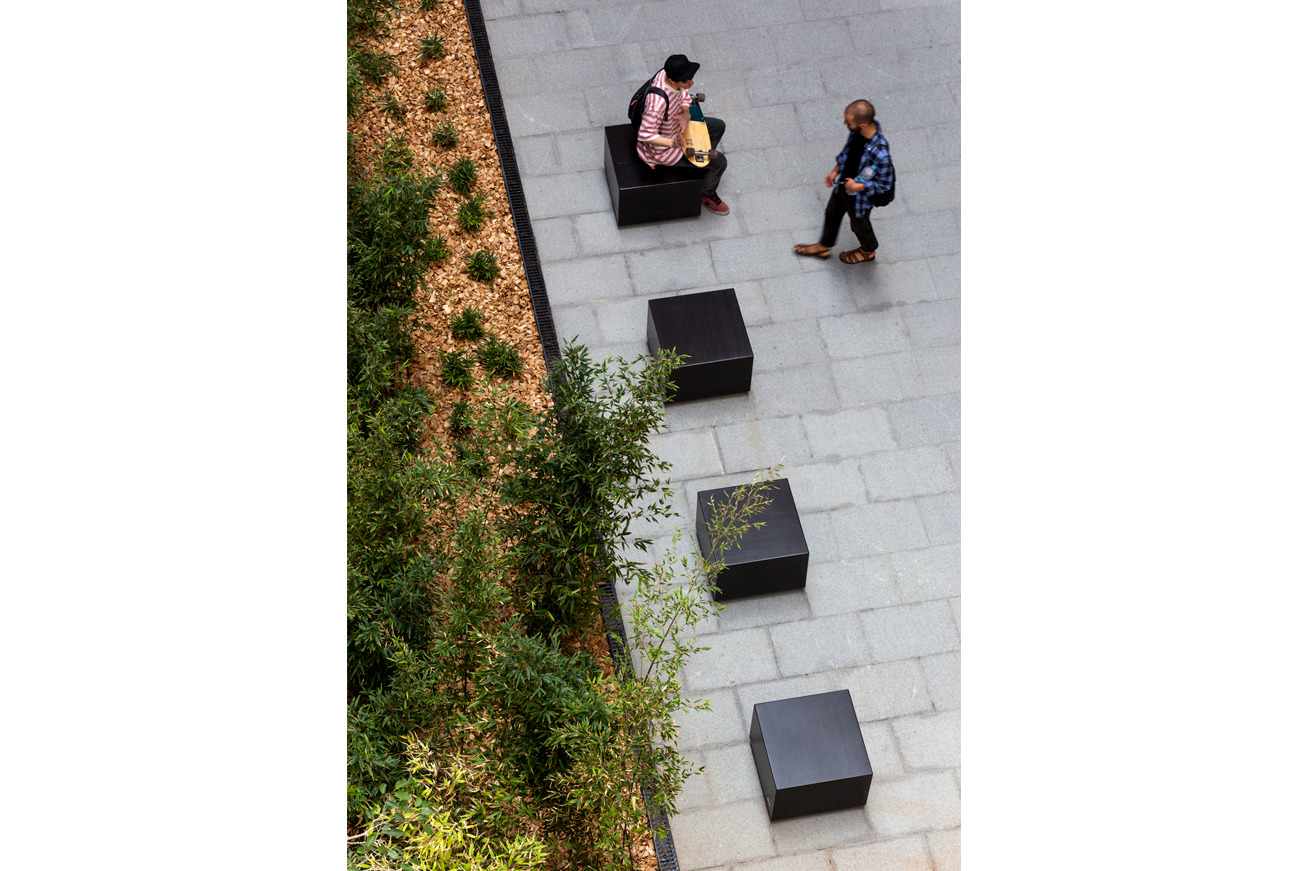 The apartment block operates on a small scale, while the Massana School operates on a larger scale, in a search for singularity. To prevent this from being the principal element of the square, the main entrance is located opposite what will be the future connection to the “Library of Catalonia”, creating new public space between La Gardunya square and Canonge Colom square. The result is a dynamic construction around this main façade. The interior space of the school is visible from all angles. Each façade of the school explains the relationship with its context, diverse and fragmented despite the geometry of the site.

The apartment block seeks to create small public areas that connect to those already existing. The treatment of the square places emphasis on this idea, creating an area with trees next to the dwellings, while the free space in front of the school has a more rigid nature. The area is completed by a line of larger trees, tempering the view of the lateral façade of the old hospital.

The market façade project gives rise to a new façade for “La Boquería”, replacing the existing one. In order to resolve the continuity of the existing roofs without competing with them, the height of these new roofs has been changed, superimposing old and new ones that advance toward the square, to permit the installation of new stores.

Escofet has collaborated by supplying the Ful street light columns and Sócrates benches outdoors and in the courtyards and indoor terraces of the school.