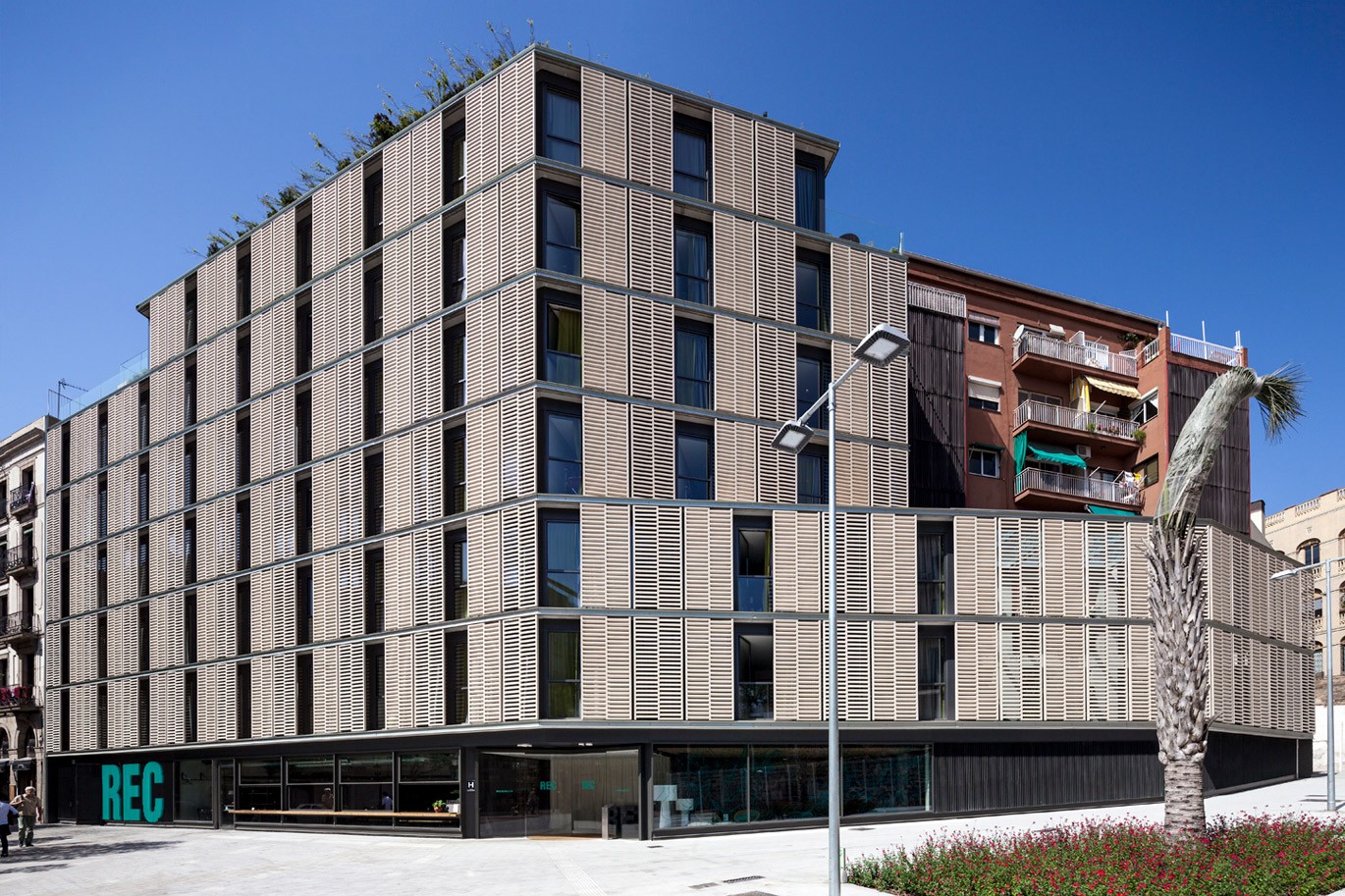 In the words of the author: We like to say "this is a hotel with 2000 years of history at our feet". The site of the hotel, overlooking the ancient Rec Comtal canal, which was once the economic driver of Barcelona and supplied water to the city and its fields and industries from the first century B.C. until the middle of the 20th century, points the existence of remains dating from Neolithic, Roman and early Mediaeval times, and industrial buildings erected in the 18th and 19th centuries. 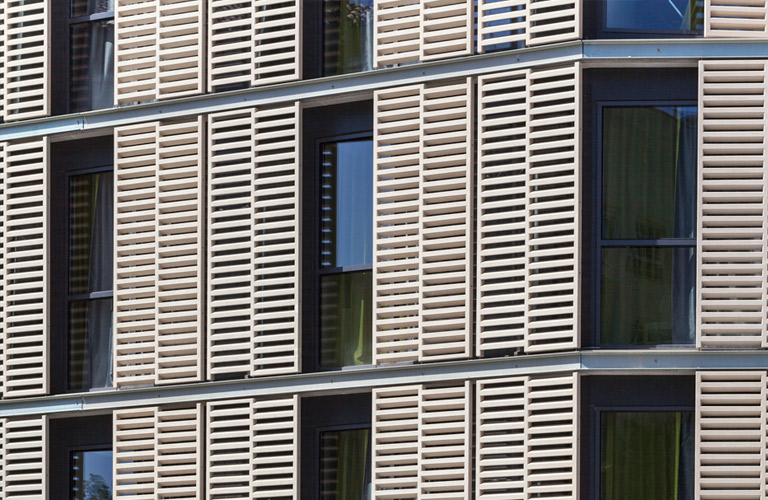 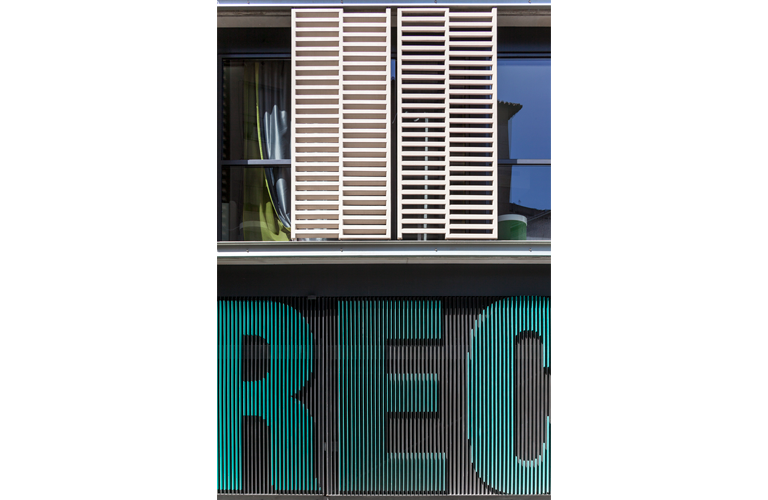 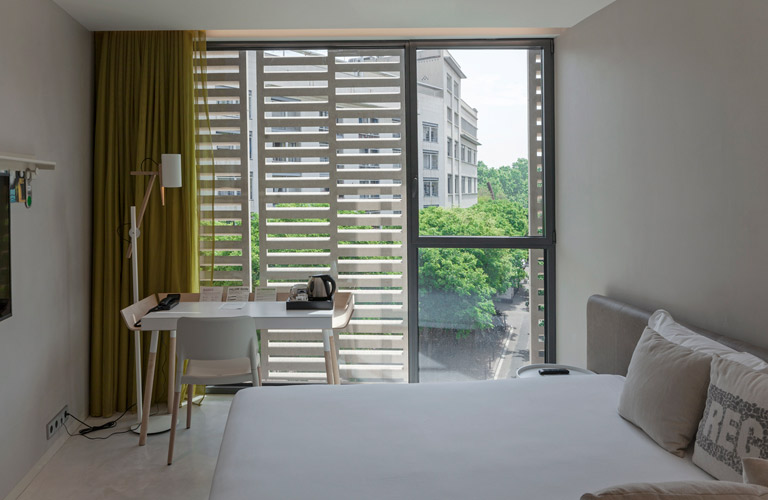 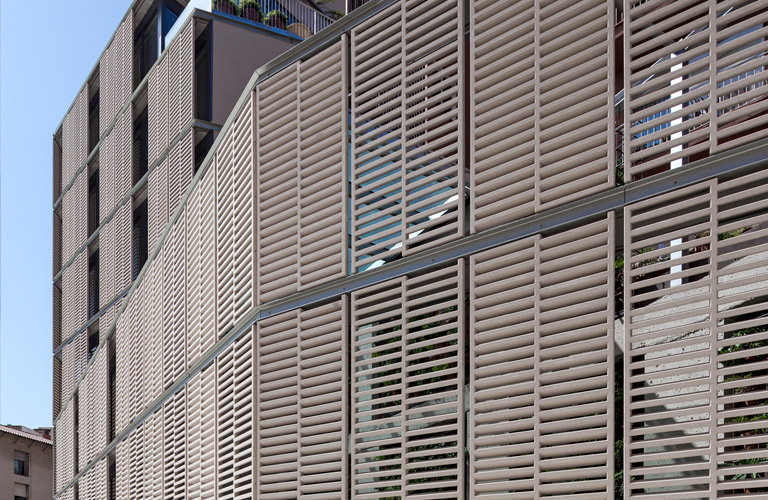 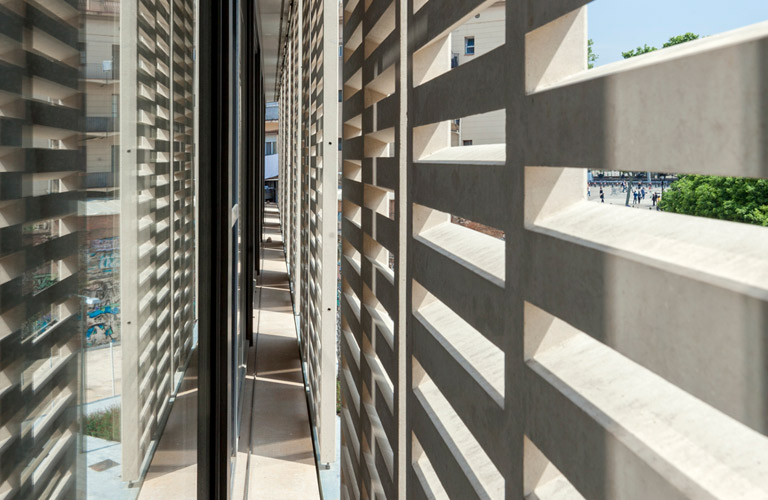 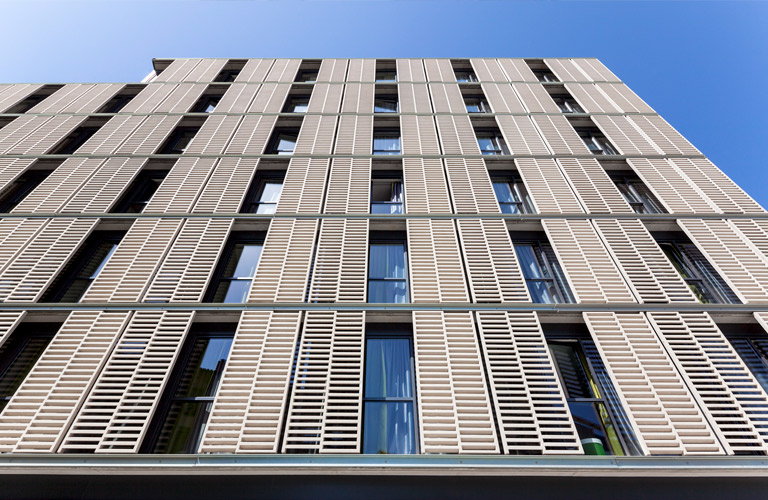 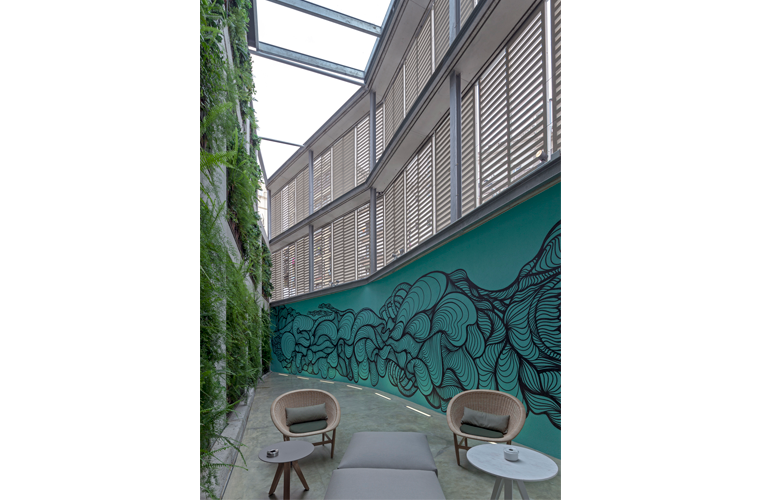 The building blends into the neighbourhood, searching for a balance between a contemporary image and respect for its historical surroundings and reconciling this apparent contradiction between the materials used in the UHPC-Slim concrete latticework that characterises the hotel facade and the faceted volumetric composition that folds in on itself and opens up directly onto the Lluís Companys Promenade. 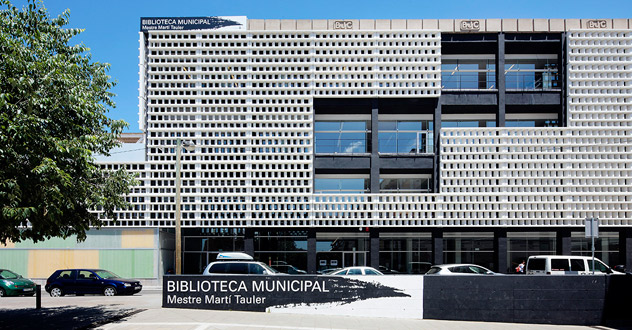