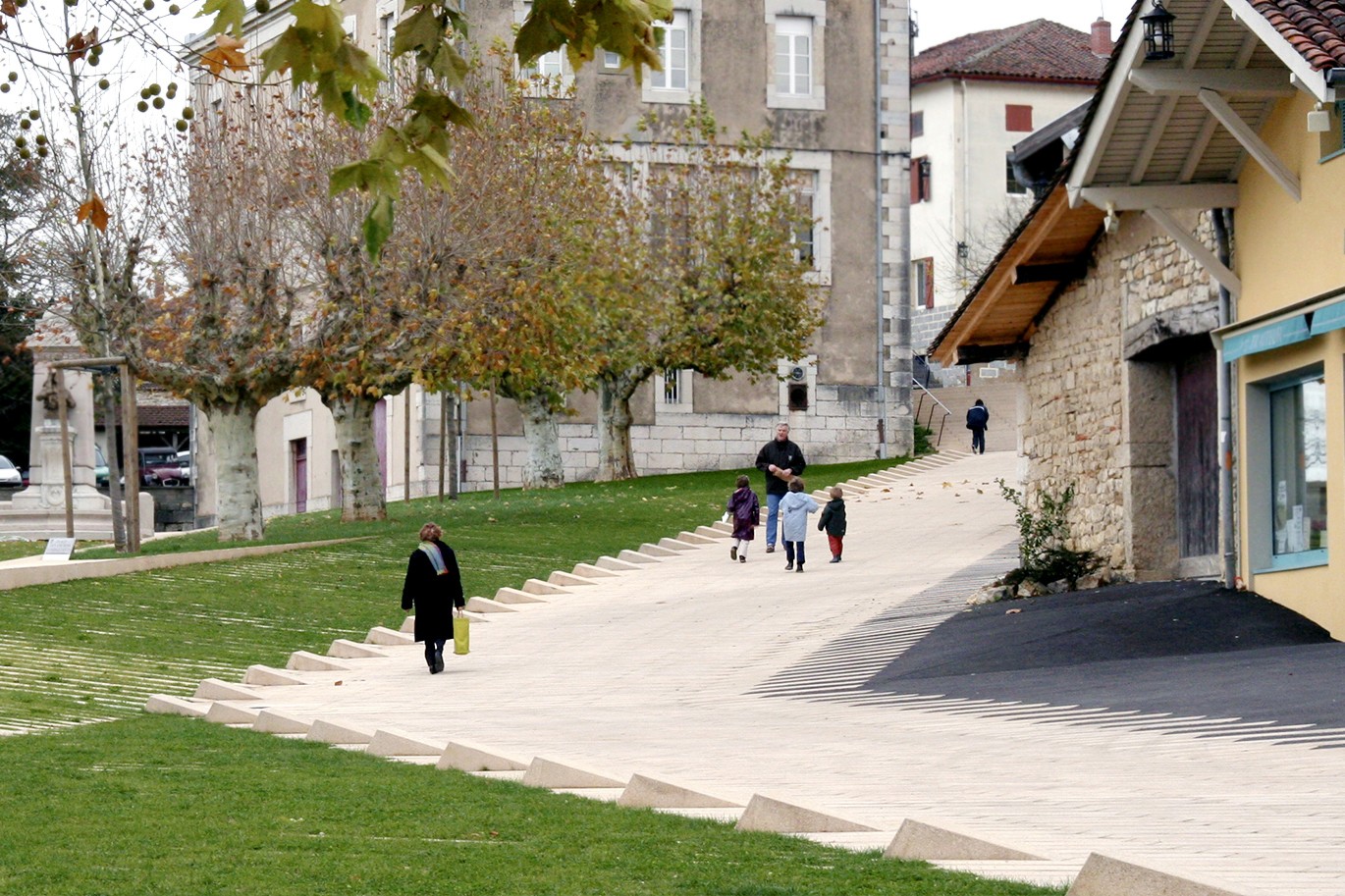 The Le Champ de Foire project proposes an operation on an irregular area where the ground plane is folded and pleated in a series of triangular terraces and embankments. This operation on a descending landscape creates a geometry in the relief that captures the lines of centennial plane trees. 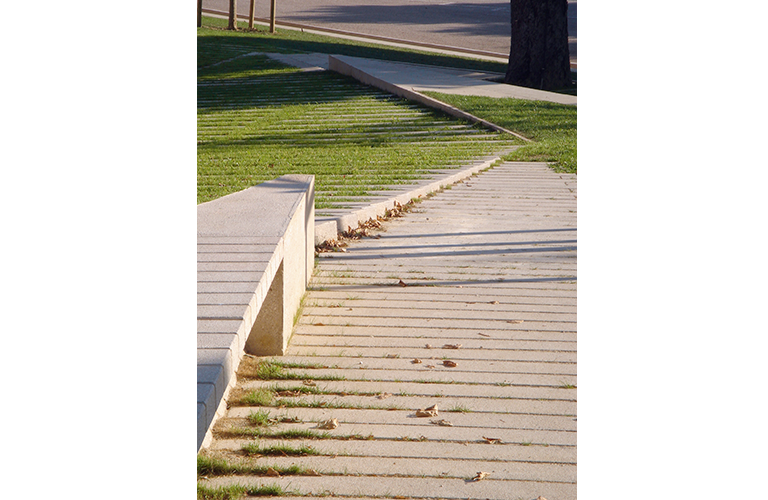 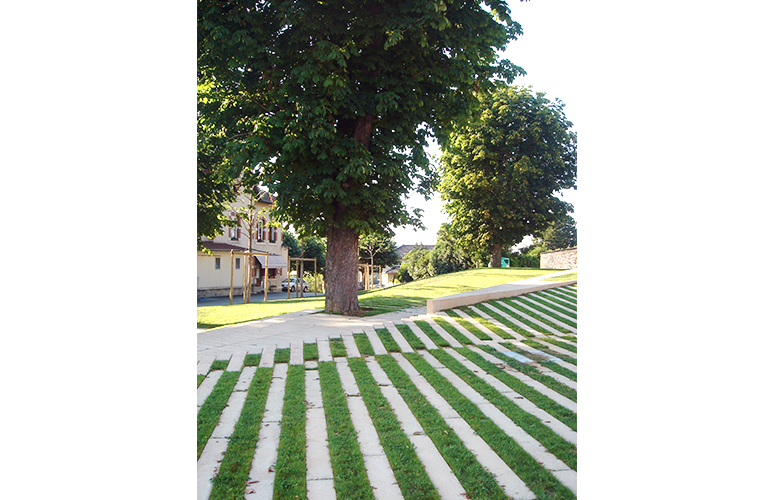 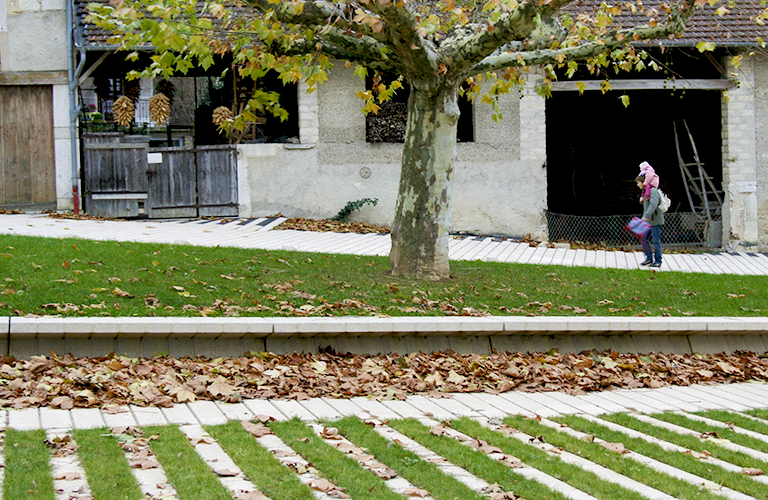 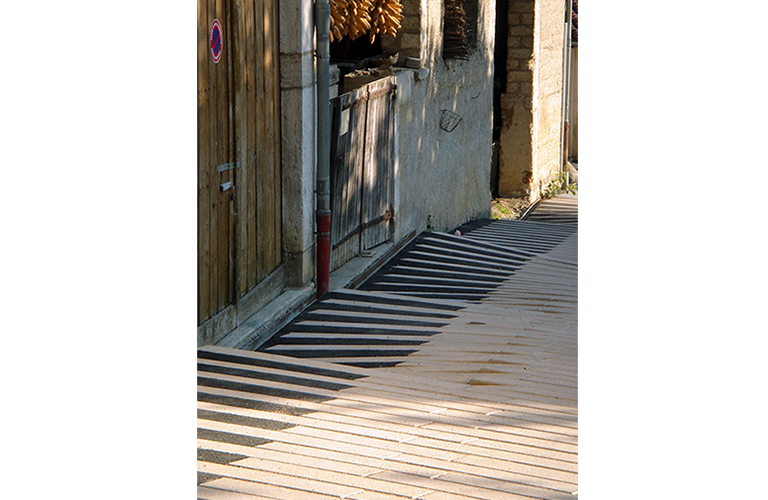 A single cast stone piece measuring 175 x 19 x 12 cm, supplemented by another unit half its length, is used to stitch together a changing texture. Its installation in different densities generates a transition from a totally mineral pavement to one with a vegetated, earthen or aquatic texture to suit the requirements in each case, along a plane in which the two pavements intermingle. Rods emerge to punctuate a boundary that takes the form of terminals, gradually rising and falling to form an undulating surface that adapts to the level of the home entrances, or ascending and folding in the form of a bench. This seat also serves as a containment wall at the foot of the embankments. The proposal for Le Champ de Foire was designed in 2006 by architect and landscapers Michele & Miquel in conjunction with Escofet. 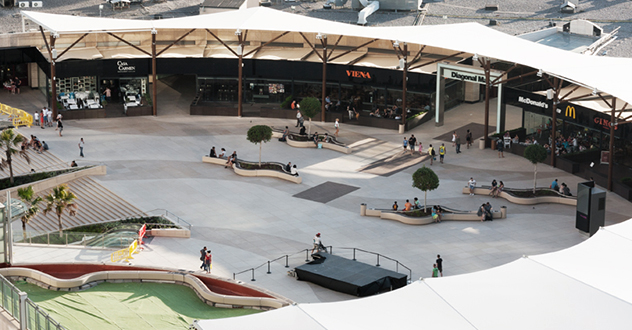