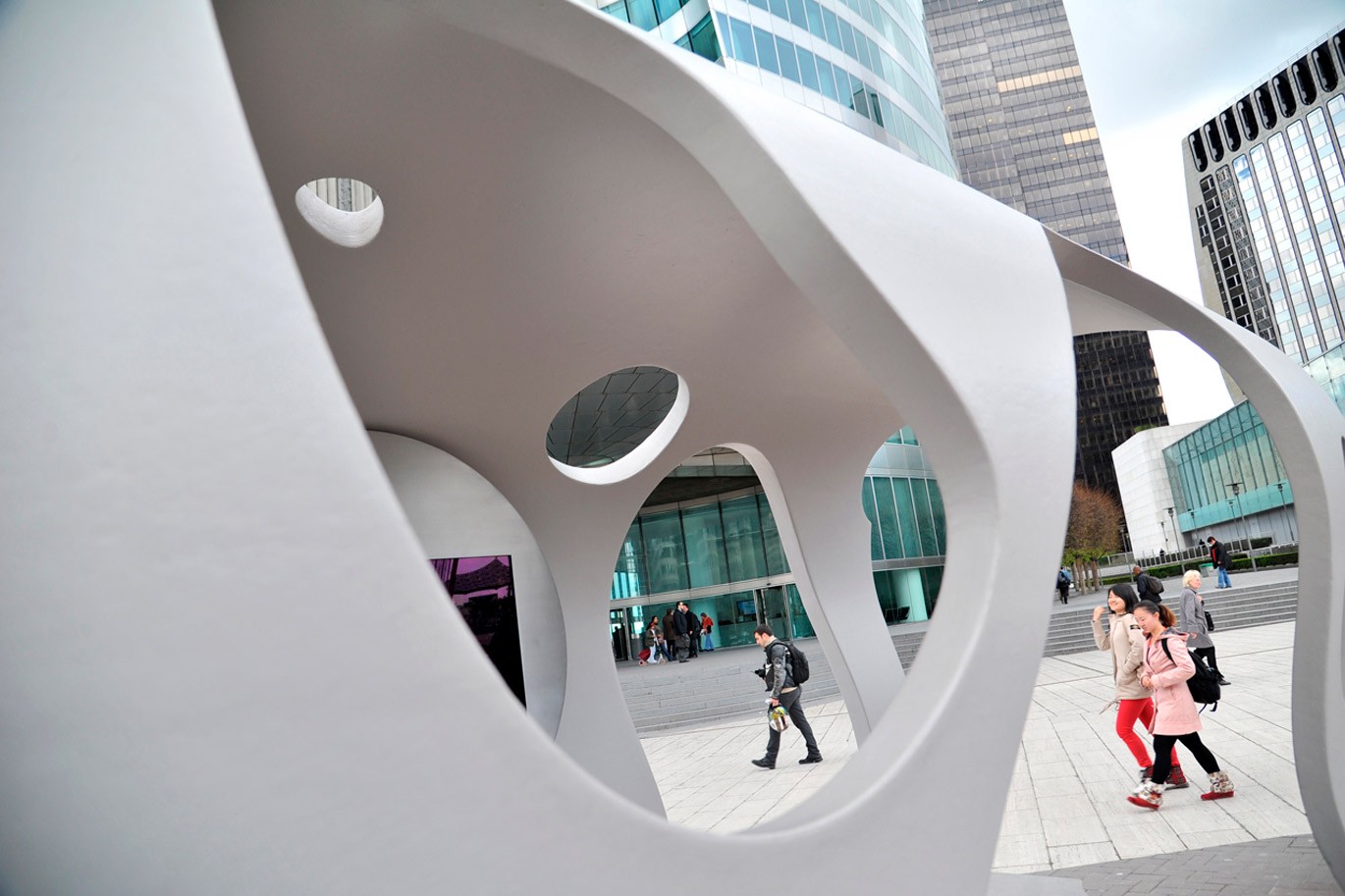 Installed within the surroundings of La Défense business district in Paris, these unusual, iconic series named Les Stanzes have been designed by David Apheceix, Benjamin Lafore and Sébastien Martínez Barat, the trio of architects who established in 2006 their Architecture Practice “La Ville Rayée”.

The robust urban elements looking as parachute-thrown rocks into La Défense Esplanade’s ground, next to EDF Tower’s site, relate to a category described by their authors as tacit design. The objects’ multipurpose non-specified functionality, only imagined, expresses itself through forms which clearly appear intuitive and familiar.
Les Stanzes demand a proactive attitude from citizens and a sense of appropriation. These presences lay on the public space with a strong feel of permanence, as if they belong to the landscape, and thus going beyond any predetermined functional use.

Pierced with curved strategic holes, the three organic-shaped grey rocks have been equipped with interactive screens for wifi projections and other leisure purposes. The design approach has resulted in these distinctive outdoor pieces which integrate a shelter offering different options for seating as well as for socializing. 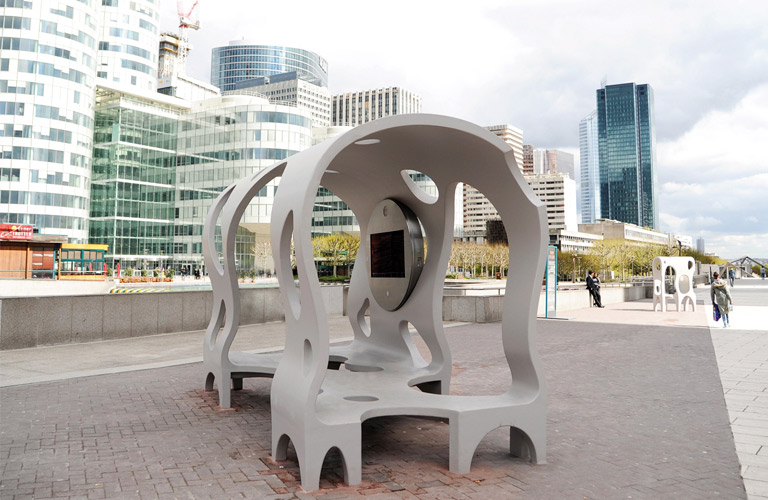 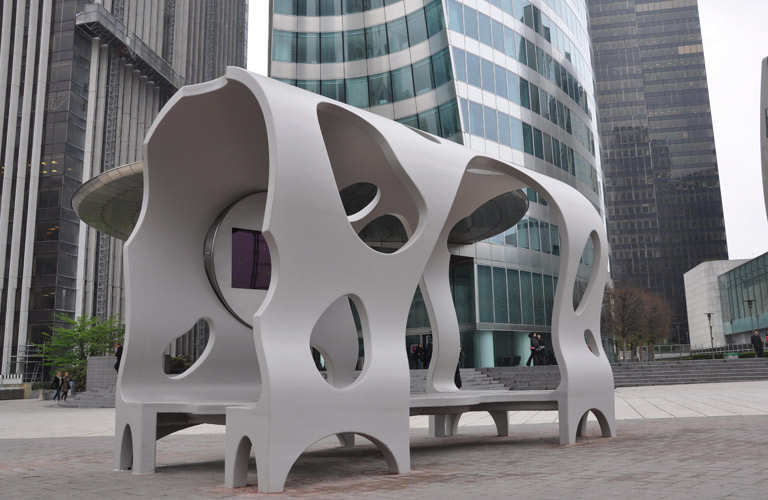 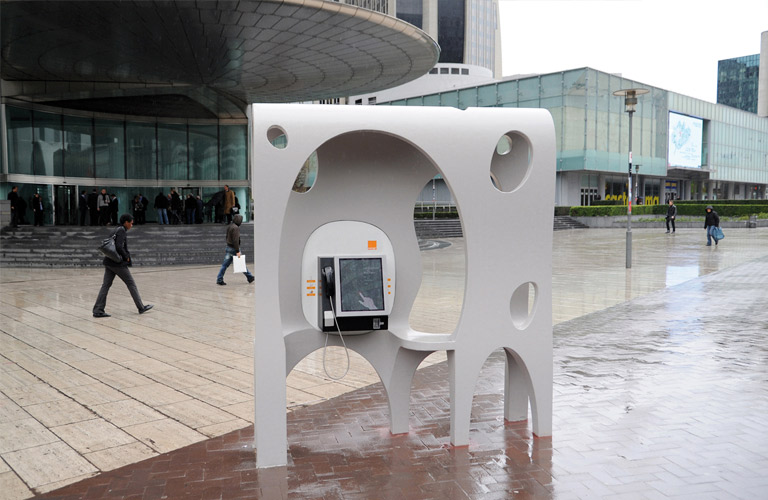 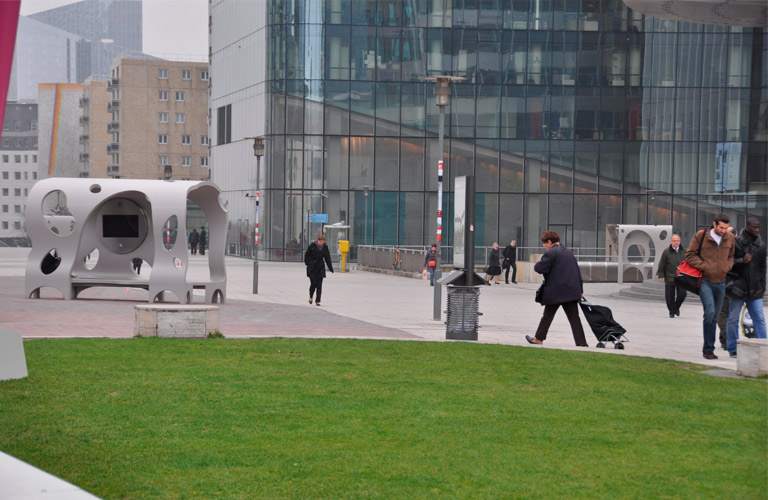 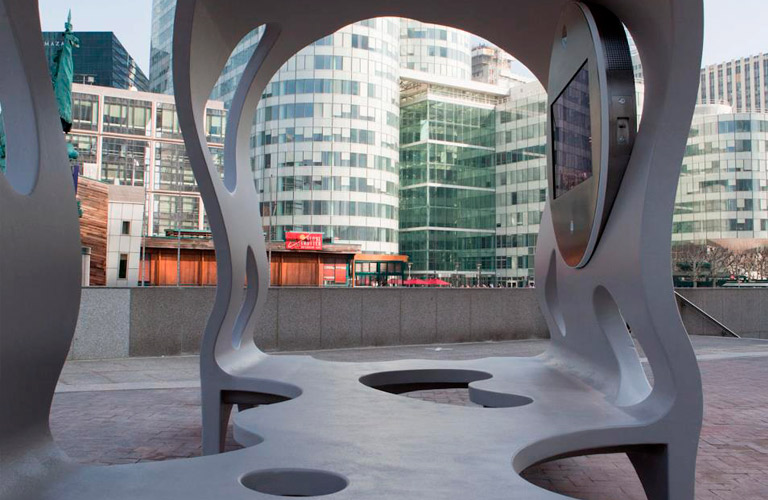 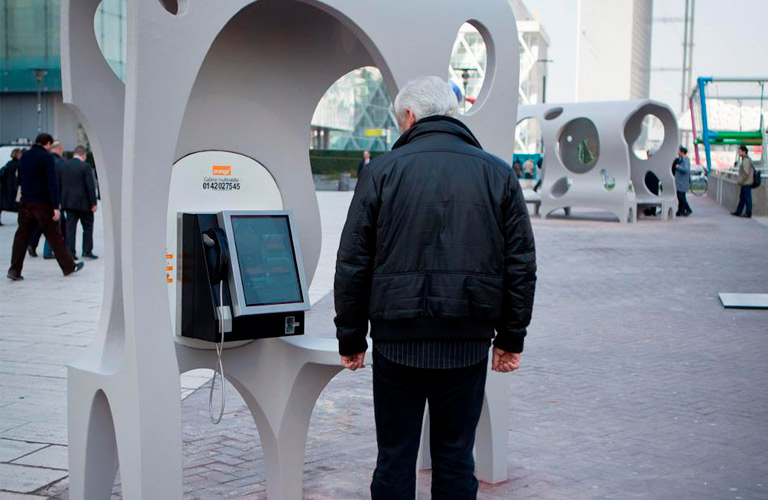 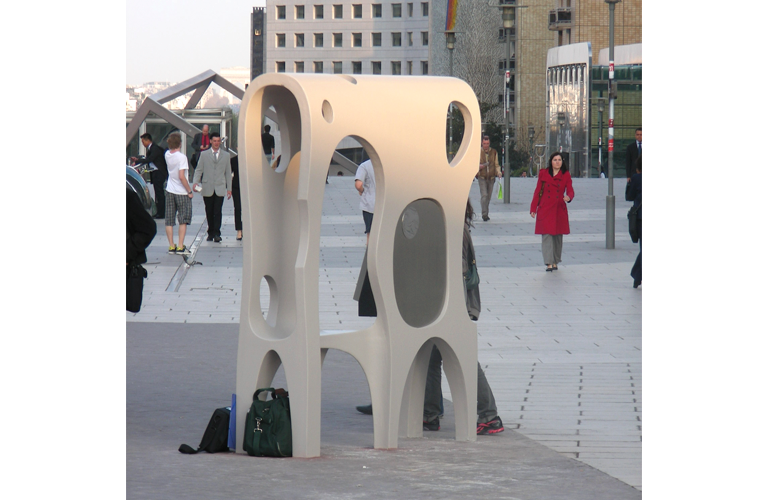 Developed by JC Decaux, Les Stanzes is manufactured by Escofet with Ultra High Performance Concrete (UHPC) and low density polystyrene one use moulds.
The STANZES measuring 4 m length x 2 m width provide a bus shelter of 2,80 m height. The smaller elements measure 2,30 m height x 2 m length x 50 cm thick.
Two of them, the Gran wifi Stanze, are equipped with a circular metal box holding a screen on one side and a mirror on the reverse. The screen is lit LED, with a 52’’ wifi interactive screen for the big Stanze and an interactive terminal linked to the small piece. The third element has been conceived as space for children. The three elements are interconnected. 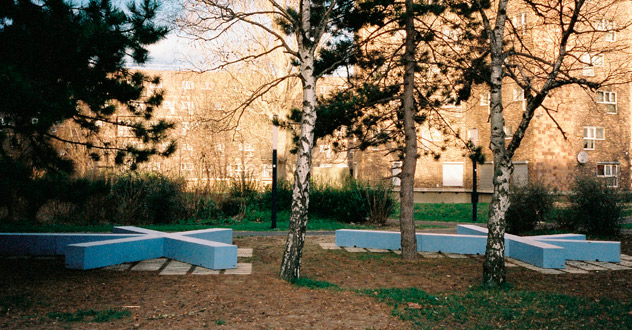