Juanola is a moulded concrete element with a rhomboid shape, designed as a mobile element to separate pedestrian and traffic areas, and also for use as an occasional seat. The autonomy of its geometry facilitates the variable separation between the pieces and permits the graduation of the different enclosing and protective levels within the urban space it delimits. 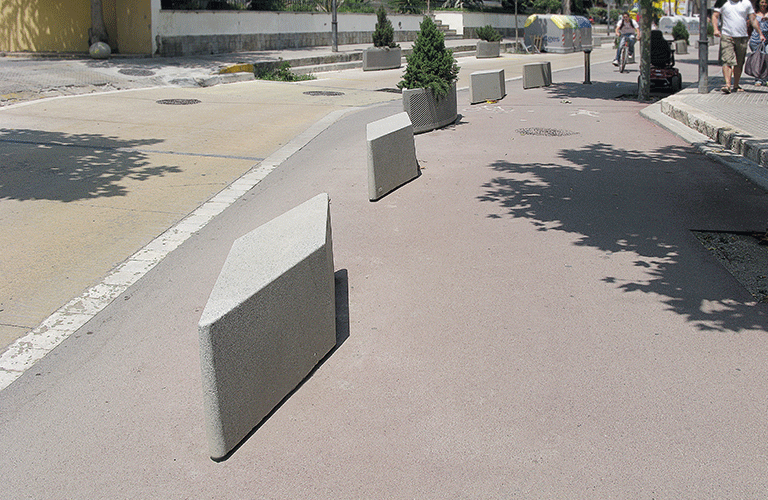 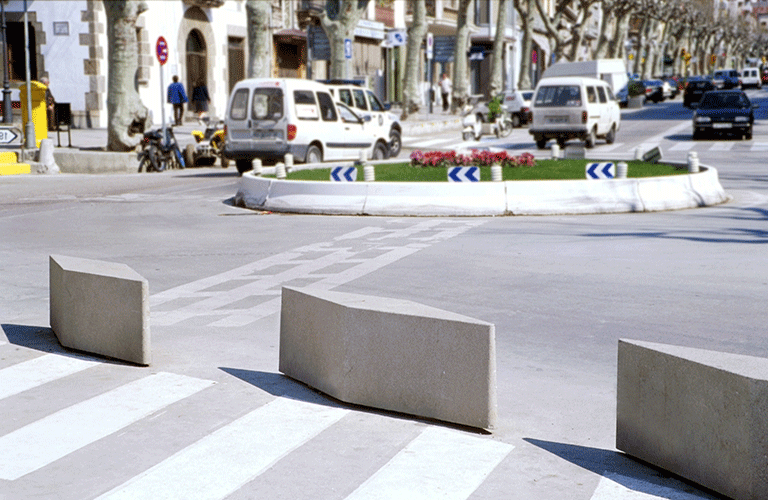 It takes its name from the direct rhomboid homothetic transformation of the Juanola cough drops that were first produced in 1906 by the pharmacist Manuel Juanola Reixach. Since then, Juanola has become an emblematic brand that forms part of the personal memory of several local generations.

Due to its particular geometry, the model adapts perfectly to multiple arrangements with differing grades of opacity. From individual uses as bollards, to overlapping arrangements as boundary walls and seats.

Non-reinforced moulded concrete with an etched finish, in the Escofet catalogue standard chart colours. Due to its heavy weight and low centre of gravity, it rests on the ground, with no need for anchors. Its two support points ensure its stability and permit the passage of slings for frequent lifting and moving operations. 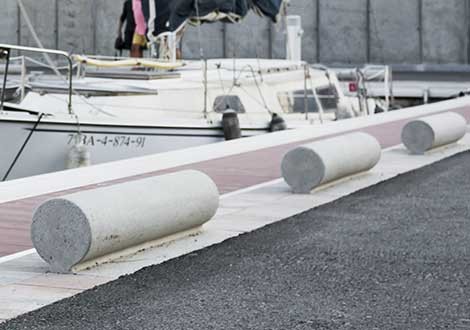