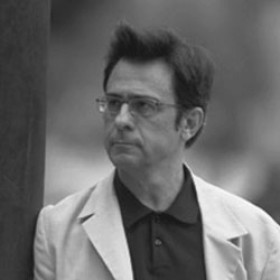 Studied architecture at the Barcelona School of Architecture. First architecture studios: R Group and PER Studio. Joined the Manresa City Council as Head of Projects and Public Works, and later moved to the Barcelona City Council, where since 1992 he has been Executive Director of the Historic District Integrated Renovation Department (Special Mention, 1996 Gubbi Prize, UN Habitat Awards 1998 and 2002, and Selected for the Shanghai Expo 2010, Best Urban Practices Area), Director of Planning and Projects, and also member of the Municipal Environment and Sustainability Council. Collaborator with the Spanish International Cooperation Agency (AECI) and regular speaker at panels and seminars on issues dealing with work on historic centres. Visiting lecturer on several degree, post-graduate and master project courses. Board member of the Culture Documentation Centre and Board Member of the Catalonia College of Architects, Barcelona district, between 1994 and 2002.

Since 2005 he has worked as a freelance architect, founding the Cabrera Oliver slp multidisciplinary studio which specializes in projects for public spaces and buildings. He has worked on designs and street furniture for the Rambla del Raval urban landscaping project, and he has designed the Ful lighting columns and Rambla tree surrounds in collaboration with Jaume Artigues, subsequently produced by Escofet. Later he designed the Nas bench and the Crown planter, both proposals for projects to improve public space in Barcelona.